On The Ball: Where did the Limerick FC fans go? - Colm Kinsella 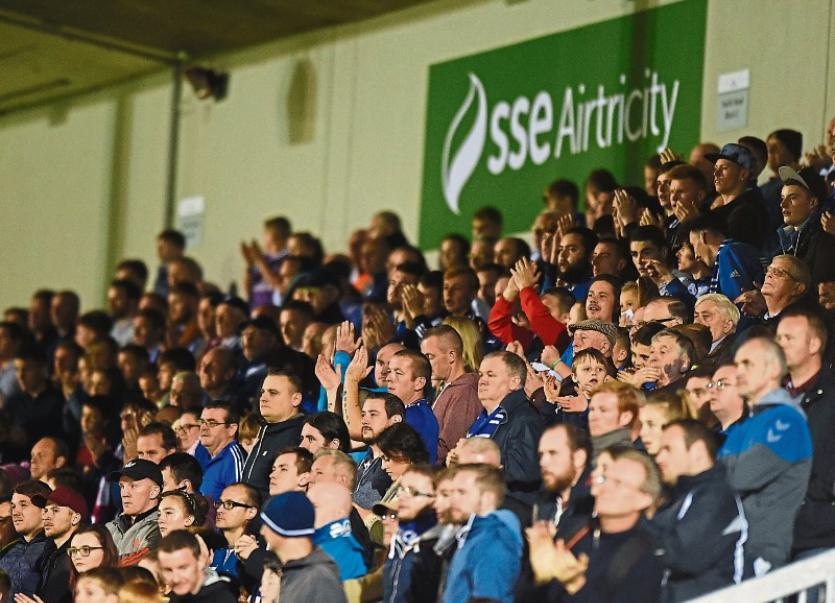 ATTENDANCES at sports fixtures fascinate me, especially in the golden age for armchair fans with so much choice of live sport on TV.

Take Limerick FC for instance. Their opening home fixture of the new SSE Airtricity League Premier Division fixture against Bohemians at the Markets Field attracted an eye-catching official attendance of 2,225.

However, their second home fixture of the season, against struggling Bray Wanderers on Friday night, saw just 948 pass through the turnstiles.

So what happened between the two games to cause the drop of almost 1,300? Well, there was the heavy defeat suffered by Limerick in Dundalk. No doubt that result would have dampened the enthusiasm of some 'non-diehard' supporters when it came to Friday night’s meeting with Bray.

It should also be acknowledged that Bohs’ brought a larger travelling support to the Markets Field that Wanderers did, so that was also a contributing factor.

The decrease in attendance does beg the question, what is the actual size of the hard core Limerick support, outside of those who make long treks to the likes of Oriel Park and the Brandywell in recent times for mid-week games?

Right now, it would appear that the answer lies somewhere between the 2,200 who turned out for the visit of Bohs’ and the 849 who came along to the Markets Field on Friday night last.

Results and form are huge factors in determining attendances. However, they are not the only factor.

True, Cork will bring a big support with them. but the presence of the Premier Division champions and Munster rivals on Shannonside will convince hundreds and hundreds more of Limerick supporters to turn out. And that's in spite of Monday’s night’s disappointing defeat away to Derry City.

Six-placed Limerick, with a new manager and largely new squad, have made a reasonable start to the new SSE Airtricity League season.

The side faces too difficult home fixtures over the St Patrick’s weekend, with Friday night’s clash with Cork City followed by Bank Holiday Monday’s meeting with Shamrock Rovers, 6.30pm.

Senior soccer in Limerick has come a long way in the last five to six years, but having a team in the top Division is certainly not something local soccer fans can take for granted.

Nothing beats live sport. True it is a hectic weekend for TV sports lovers, with Ireland facing a Grand Slam fixture with England on Saturday, Munster travelling to Murrayfield to take on Edinburgh in a re-arranged Pro14 fixture on Friday night, Limerick senior hurlers involved in an Allianz National League quarter-final with old rivals Clare at the Gaelic Grounds on Sunday and Na Piarsaigh due to lock horns with Cuala in the All-Ireland club hurling final on St Patrick’s Day.

But do yourself a favour and get along to a live fixture in the coming days. The Markets Field should be buzzing on Friday.

Limerick FC could do with the support.

The condition of the pitch at the Markets Field has generated plenty of debate in recent weeks. I don’t want to go back over old ground, but the weather is a big factor in determining the condition of any playing surface.

Hopefully, it will get milder soon in order to facilitate some decent grass growth. It’s badly needed, not just for the Markets Field, but for countless sports grounds.

Even the ground at Cheltenham this week was the softest in has been at Prestbury Park in at least 20 years.

Perhaps we will get a cracker of a summer. We live in hope!