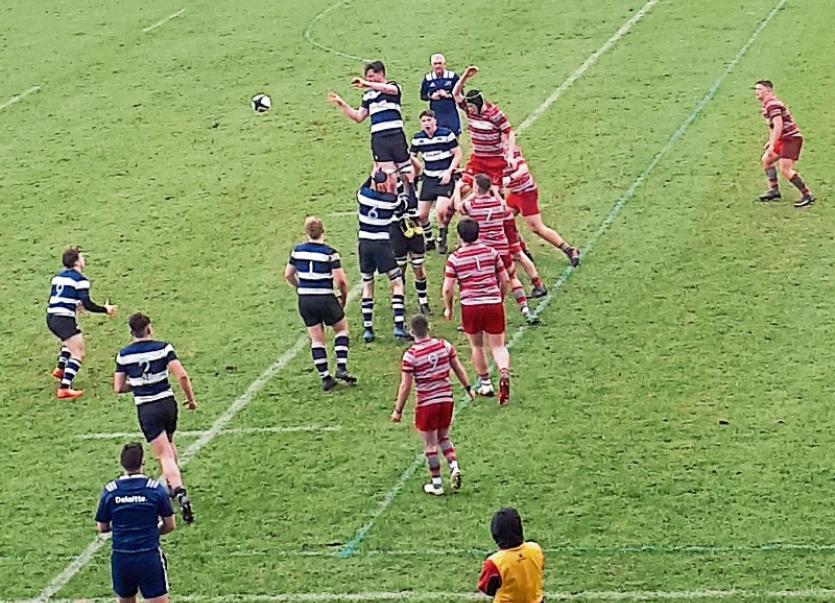 The Murroe side laid the foundation for this semi-final win in the opening half after which the winners held a significant 20-7 lead.

Glenstal face a trip to Cork for the final which takes place on Sunday next, March 19 when the Co Limerickck side will face the winners of this Thursday’s all-Cork semi-final between PBC and CBC.

Glenstal tasted defeat at the hands of PBC in last year’s final, their first appearance in the decider since 1970.

The Murroe side increaed their lead in the fifth minute with a terrific try. The flying Ronan Quinn made a terrific break up the left wing, before his progress was eventually halted.

However, Glenstal would not be denied. The ball was quickly recycled with out-half Healy and full-back Aran Egan combining to send Quinn over in the left corner.

The accurate Healy landed a terrific conversion from under the stand.

The concession of that score sparked Crescent College into life and the Dooradoyle side hit back with their first try of the game when, following a terrific break from full-back Conor Phillips, flanker Jack Madden was on hand to score.

Daniel Hurley converted for 10-7. The see-saw nature of the contest continued however when Glenstal winger Andrew Hogan intercepted possession on the Crescent 10 metre line, before scampering clear to score. Healy’s successful conversion made it 17-7.

Crescent lost a player to a yellow card in the 32rd minute, with Healy landing the resultant penalty to help last year’s beaten finalists into a significant 20-7 interval lead.

After Glenstal Abbey lost a player to the sin-bin soon after the re-start, Crescent College enjoyed a period of dominance.

However, the decision to turn down a  straight forward kick at goal in the 40th minute for the potentially greater reward of a scrum back-fired when the Dooradoyle side knocked the ball on after the set-piece and the danger was cleared.

Crescent’s pressure did pay off in the 50th minute when centre Johnn Hurley landed a penalty goal to cut the deficit to 10 points, 10-20.

However, a terrific drop goal from Glenstal out-half Healy from 10 metres inside his own half in the 65th minute put the game beyond the Dooradoyle students.

Glenstal also added a third try in added time from their powerful number eight Mark Fleming when he gathered possession from a line-out with Healy converting.