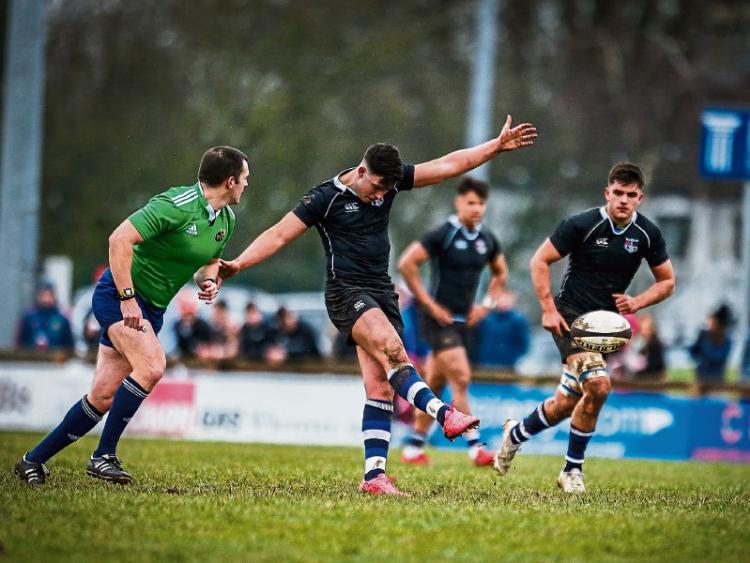 LIMERICK rivals Crescent College Comprehensive and Glenstal Abbey battle it out for a place in the Clayton Hotels Munster Schools Senior Cup final in their rescheduled semi-final at the Markets Field today, Monday, at 2pm.

The game had originally been due to take place on Wednesday last, but was postponed as a result of the adverse weather conditions.

Crescent College reached the last four stage of the Senior Cup on the back of an exciting 27-20 quarter-final win over Rockwell College, while last season’s beaten finalists Glenstal Abbey defeated Bandon Grammar School at the quarter-final stage.

Free-scoring Crescent scored five tries in all, including a brace from their impressive flanker Daniel Feasey, to edge past Rockwell in the quarter-finals.

The Dooradoyle side made the more impressive start to both halves, converting their superiority into points both times.

However, a resilient Rockwell side remained very much in the contest until winger Timothy Duggan struck for the winners final try in stoppage time.

Glenstal booked their last four spot with an impressive 26-7 quarter-final win over Bandon Grammar School at The Mardyke, Cork.

Glenstal Abbey scored four tries in all in that game.

Crescent, beaten by PBC, of Cork, at the quarter-final stage last season, are backboned by players who have played in Junior Cup finals in recent seasons.

Daniel Feasey was at number 8 for the 2015 Junior Cup success and he captains the Dooradoyle school’s senior side this time round.

Crescent include Munster players in Feasey, Fintan Coleman at U-19 level, in addition to John Hurley, Jack Delaney, Conor Fitzgerald, Jamin Hoffman and Timothy Duggan who have represented the province at U-18 level.

Furthermore, Conor Phillips was capped at that level in 2016 and was also a member of the Ireland U-18 squad in 2017.

The Dooradoyle students defeated Rockwell College 27-5 at Thomond Park in 2013, while Crescent saw off local rivals Ardscoil Ris 21-7 in the final 12 months later..

That 2013 win was Crescent’s first success in the decider since their 1994 victory over PBC, of Cork.

Glenstal, who were beaten 11-3 in last year’s final by PBC were making their first appearance in the decider since 1970 when the Murroe side lost out to Rockwell College.

That game had been sue to take place at Musgrave Park on Wednesday last but was also postponed as a result of the recent adverse weather conditions.

Both PBC and CBC defeated Limerick sides to reach the last four stage of the competition.

The final of the Clayton Hotels Munster Schools Senior Cup will go ahead on Sunday, March 18 .