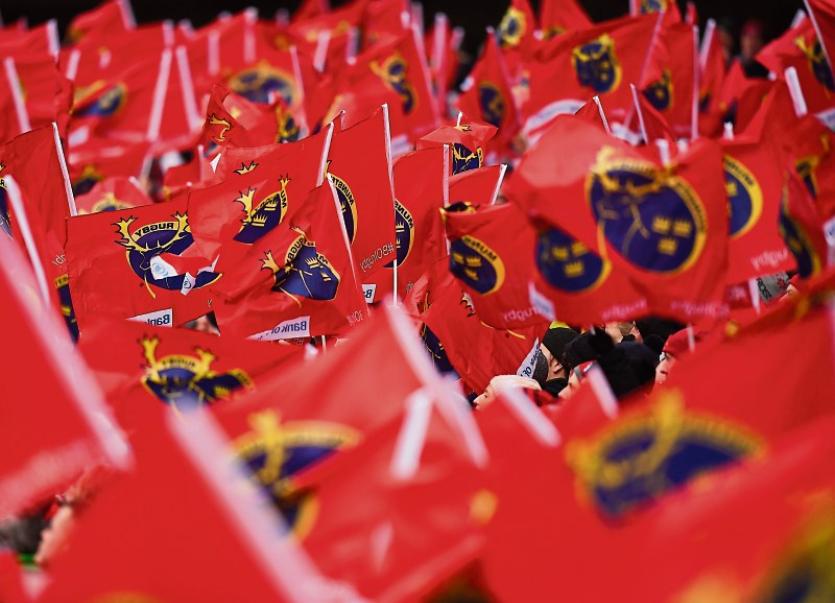 MUNSTER’S postponed Guinness Pro14 fixture with Edinburgh has been rescheduled for Friday, March 16.

The Pro14 game had been due to played at Murrayfield last Friday night, but was postponed on Thursday morning due to the recent adverse weather.

Competition organisers have now announced that the game with Edinburgh will now take place at BT Murrayfield on Friday, March 16 at 7.35pm.

That was due to be a ‘free’ weekend in the Pro14 as it co-incides with the final weekend of the 6 Nations Championship.

Munster currently sit in second place in Conference A of the Guinness Pro14, some 12 points behind leaders Glasgow Warriors.

Johann van Graan’s charges lie six points clear of the third-placed Cheetahs although Munster have a game in hand on the South African outfit.