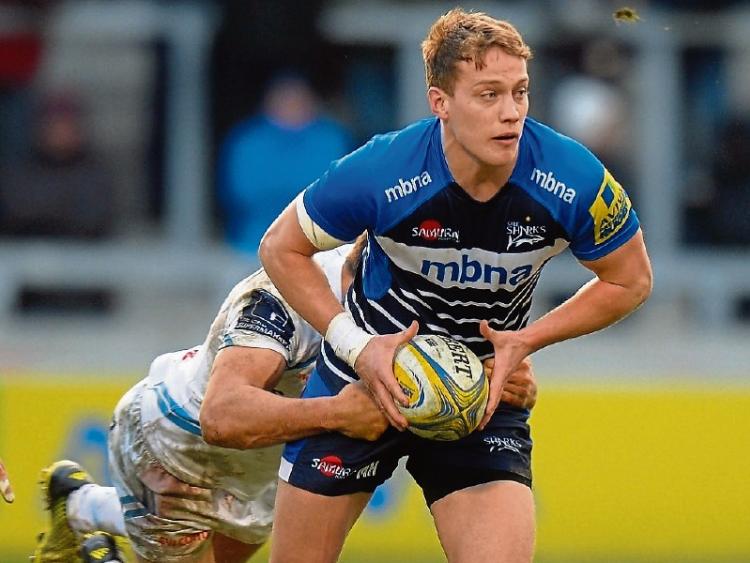 MUNSTER Rugby and the IRFU this Wednesday confirmed the signing of full-back Mike Haley on a three-year contract from Aviva Premiership side Sale Sharks.

Twenty three-year-old Haley from Preston in England is Irish qualified through his maternal grandmother who hails from Tralee.

Haley joins the province from Sales Sharks where he has made 105 appearances for the Premiership side, including a European debut against Munster at the AJ Bell Stadium in October 2014.

The exciting young talent has gained considerable experience over the past number of seasons, going on to win England Saxons honours on their tour to South Africa in June 2016 as well as representing an England XV against the Barbarians at Twickenham in May 2017.

Commenting on the news, head coach Johann van Graan said: “We are delighted to recruit an exciting young playmaker such as Mike.

“At 23, he has over six years of professional rugby under his belt and will be a great addition to our squad.”