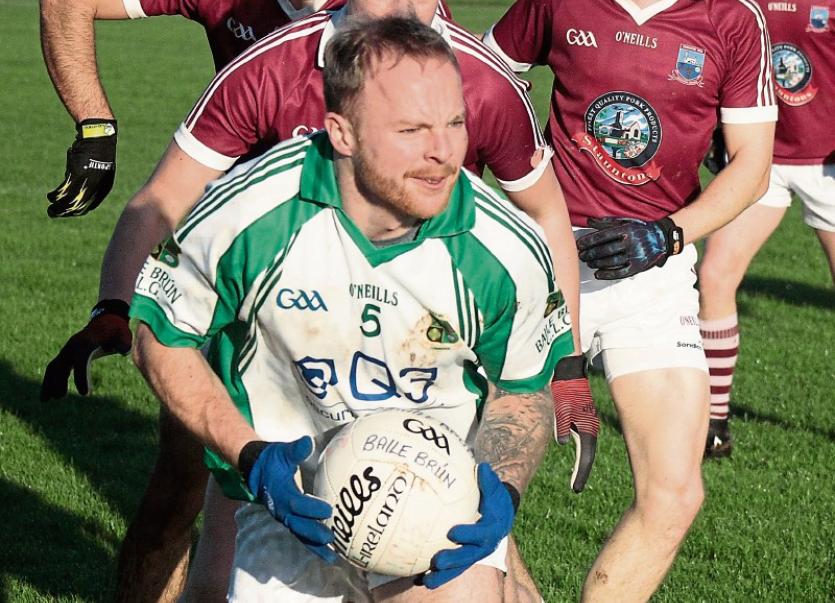 BALLYBROWN will have to defy all odds this Sunday (2.00) when they play Cromane in the Munster junior B club football final.

The 2017 Limerick JBFC winners play the Kerry champions in Knockaderry, who host this competition annually.

This is the 12th year of this competition and Kerry have dominated with 10 successive title wins for the varying Kingdom champions.

The men in maroon and white will have two Kerry All Ireland SFC winners in their ranks – current inter-county man Donnchadh Walsh at midfield and retired inter-county man Sean O’Sullivan at corner forward.

Last month, Cromane beat Tipperary champions Cashel King Cormacs in the Munster semi final; 2-14 to 4-3. They have also had competitive fixtures in Kerry in recent weeks.

Ballybrown are without competitive action since shocking Cork champions Argideen Rangers on December 3 in a Munster semi final that went to extra time.

The Ballybrown footballers are managed by Mike Mann, with Mike Roberts and Trevor Mann as selectors. They are captained by Cillian Cliffe.

Ballybrown have played 10 games to reach this provincial final but that includes five draws and remarkably, they have been in their last five games – the city final against Abbey Sarsfields, county quarter final against Banogue; county semi final with Knockaderry, county final with Castletown-Ballyagran and the Munster semi final with Argideen Rangers.

Ballybrown are back-to-back Limerick Junior B League champions and ahead of their championship title break through last November, the Clarina men were beaten quarter finalists for the two previous seasons.

Bryan and Ross Griffin, Robert O’Grady, Kenny Power and James Garvey will all be key men for Ballybrown.

Entrance fee for supporters for the final in Knockaderry is €10 which includes match programme and tea/light refreshments in the local Halla Beag post-match.