Robbie Bourke takes on dual with Limerick and UL-Bohemian 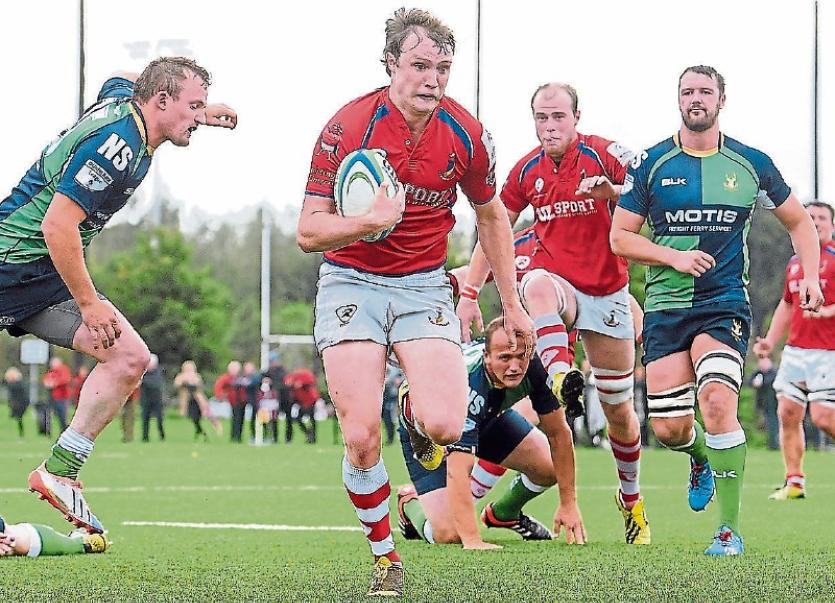 SPORTING all-rounder Robbie Bourke had a Saturday to remember last weekend as he steered UL-Bohemian to a crucial Ulster Bank League win before debuting for the Limerick senior footballers later that same evening.

A short time after the full-time whistle sounded at the North Campus, 23-year-old Bourke was making the dash to O'Moore Park, Portlaoise as a member of the Limerick senior football side which faced Laois in their Allianz Football League Division 4 opening round fixture.

And with a quarter of the game still the run, Bourke was sprung from the bench to make his first appearance for his county at senior level.

For the next couple of months, Bourke plans to combine playing top level club rugby with UL-Bohs and inter-county senior football with the Billy Lee-managed Shannonsiders.

And for good measure, the talented sporting all-rounder is also a key member of Ardscoil Ris’ Senior Cup backroom team which faces PBC, of Cork, in the quarter-finals of the competition next week.

Robbie Bourke said: "This is my first year in the Limerick senior football squad. Billy Lee was on to me and said there was an opportunity, he said look, as long as we manage it both ways that I'm not wrecked.

"In fairness, Limerick have been awesome, the S&C guys are making sure that my workload is being managed both ways. It is achievable.

"I know dual is tough on the body, playing two games in a weekend, but look, I'm young, I can do it now, there is no point complaining.

"Training varies from week to week, depending on the week and load. Look, the maximum I will do is three pitch trainings a week, I have my gym too. Everything is well managed.

“I will always be around, even if I am not training I will be around the squads, so I am never behind."

"My brother Hugh played with Limerick footballers before at senior level. There are a good few of us now from Adare who are there or thereabouts in terms of the Limerick squad.

"Honestly, I don’t think the skill sets are that similar between Gaelic football and rugby. The only thing that has similarity for me is kicking the ball and communication. Communication is a big thing.

“The important thing for me now playing two sports is to ensure that one doesn't get on top of the other.

"If you take the eye off one, it falls down. I am working it well at the minute.

"The footballers are playing again next weekend (v Carlow on Sunday at the Gaelic Grounds) and so are UL-Bohs (playing Saturday v Old Belvedere). I will be well managed.

This only happens three weekends in the year where both teams have fixtures, so we are lucky. We can't complain.

"You just have to enjoy it. The AIL is finished at the start of April.

"Then it will be full-on with Limerick footballers for the championship. Hopefully, after a good league campaign we will be ready for that.”

Robbie Bourke is an intern with Munster Rugby, working two to three days a week in video analysis with the Performance Analyst Department.