"You have to be mentally strong, regardless of how talented you are" - Paul O'Donnell 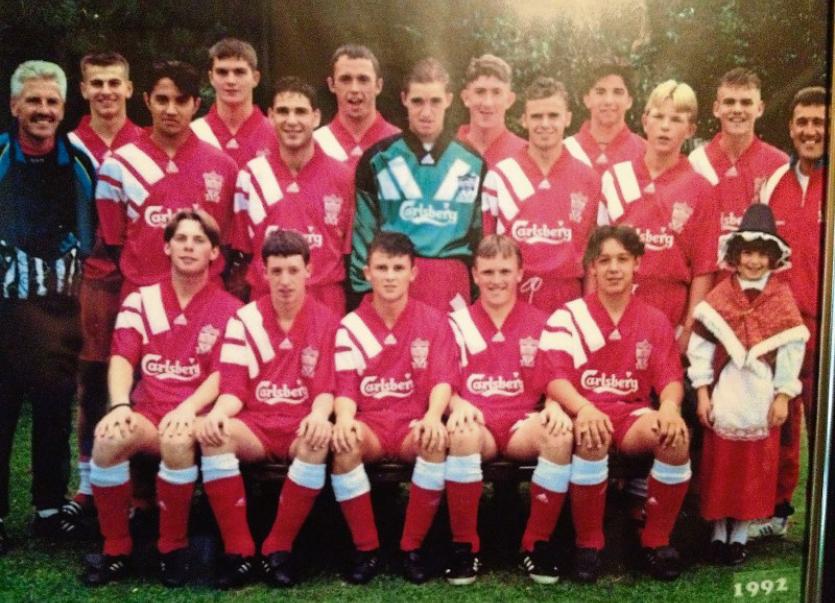 A recent BT Sport documentary entitled ‘No Hunger in Paradise’ highlighted the harsh reality of being a young footballer chasing the professional football dream.

The programme gave an insight into some of the top club academies in England and showed, from the point of view of young English players, the pathway into professional football that supporters never get to experience,

The show stirred a lot of memories for Limerick players who once dreamed of making it ‘big’ cross channel.

The late eighties and early nineties was a time when there seemed to be a conveyor belt of Limerick players heading to the UK for contracts.

Brian O’Callaghan (Barnsley), Willie Boland (Coventry) and Paul O’Donnell all left these shores within a couple of years of each other. The trio of Limerick men left school and departed for a career in the game having blossomed through our local clubs..

“I signed a one year youth contract with an add on of a 3 year professional contract, as it was illegal to sign pro until you were 17” confirmed O’Donnell.

“In my first year I lived across the road from the Anfield stadium with a lad called Marc Kenny. We then got moved to West Derby, which was closer to the Melwood training ground” who admitted that homesickness was a major issue for young players at the time.

“Being homesick was the hardest part for me. There were no cheap flights back then, or even things like Whats App/Skype or Facebook. It was so much harder to keep in touch with family”

Another issue which faced young footballers in the early 90s was having so much free time on their hands outside of training. O’Donnell was told, when signing, that he would attend college, but that never materialised.

“We had so much free time” O’Donnell added, who in his time at Liverpool played alongside Robbie Fowler, Dominic Matteo, Jamie Carragher and David Thompson while a younger duo of Michael Owen and Steven Gerrard trained with his youth team on their school holidays.

“We finished at 1pm most days. Boredom, factored in with homesickness and living with lads that were in the same boat, meant we often went to the pub or bookies to kill time. Local lads had a huge advantage. They went back to their parents while we just went back to the digs with no family support”

To those living at home in Limerick, O’Donnell was living the dream, but nothing could have been further from the truth admitted the former Irish youth international who, despite his hard times at Liverpool attracted interest from other clubs.

“I wasn’t officially released until a month before my contract expired. At that point I just wanted to go home, I had enough. I was a bit relieved when it was over and I could finally get home. Sammy Lee tried to set me up with Bolton but I never followed it up. Wrexham also wanted to sign me and I turned it down”

Moving home was tough on O’Donnell too, who admits the constant environment of competitiveness took its toll.

“It was tough feeling like a failure, but it was great to be amongst family and friends again. I had little or no interest in playing the game after four years of a high intensity, high pressure environment. Every day was ultra competitive and it took its toll. Professional football isn’t an easy career. You have to be so mentally strong to succeed no matter how talented you are”