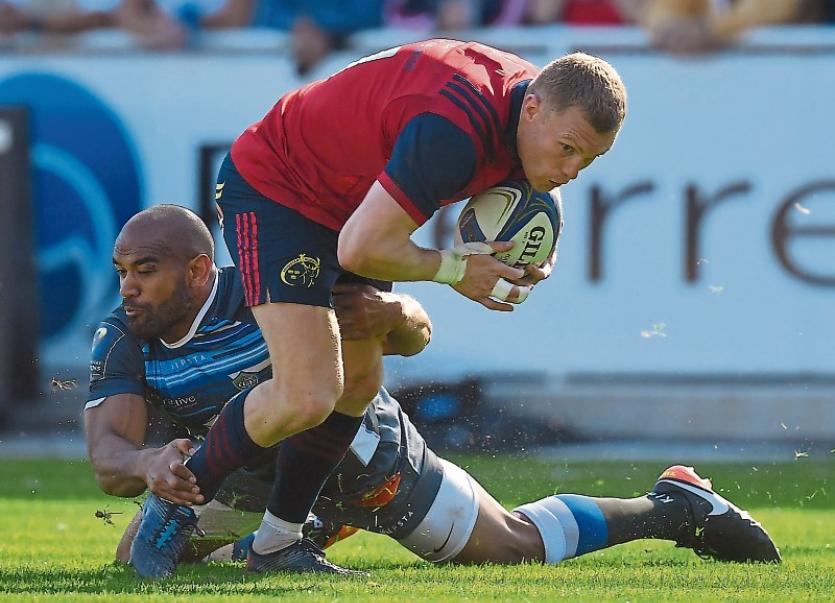 Keith Earls starts on the wing for Munster in Sunday's Champions Cup fixture with Castres Olympique at Thomond Park, 1pm

FOR the first time this season, Munster have named an unchanged starting line-up for Sunday’s crucial Round 6 Champions Cup clash against Castres Olympique at Thomond Park,1pm, live on Sky Sports.

Peter O’Mahony has recovered from an ankle knock picked up in last weekend’s defeat away to Racing 92 to captain the side.

International hooker Niall Scannell returns from the rib injury sustained against Ulster on New Year’s Day to be named in the replacements.

The front row is made up of Stephen Archer, Dave Kilcoyne and Rhys Marshall as Billy Holland is partnered by Jean Kleyn in the second row. The pack is completed by a back row of O’Mahony, Chris Cloete and CJ Stander.