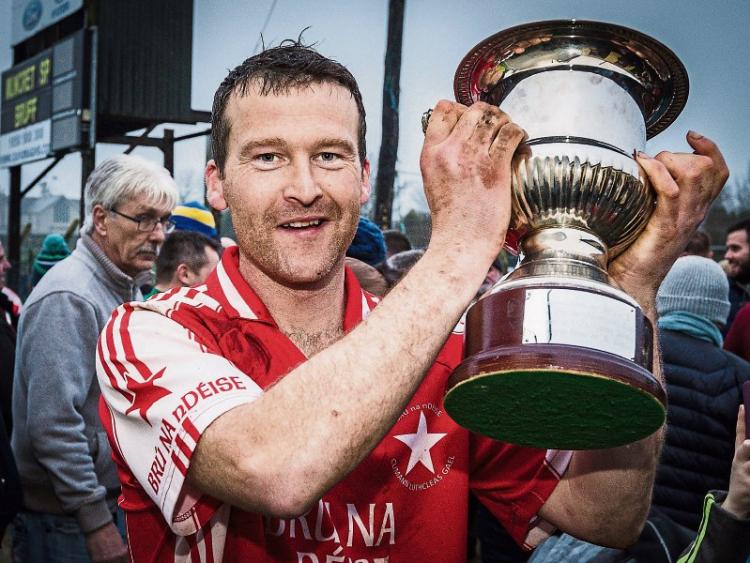 The Bruff-Killavullen semi final will be part of a double-header in Killeedy on Sunday – the Leinster Junior B Hurling final is at 1.00 – John Lockes (Kilkenny) v Kilnadeema Leitrim (Galway).

Bruff were also in this competition in 2013 – they lost to Clare’s Tubber in the Munster semi final – 2-16 to 0-10 in a game played in Rathkeale. Bruff had beaten Kerry’s Austin Stacks in the quarter final that season.

On Sunday, Bruff face the Cork champions who will have a former Clare All Ireland SHC winner in their ranks – Barry Murphy.

The Scarriff native finished up with Clare in 2004 – that year he played National Hurling League against Limerick in the Gaelic Grounds, where the attendance was 13,600. Murphy was marked by Kilmallock’s Brian Carroll. The former All Ireland U-21 winner later moved to Galway and last year played in this competition – captaining Kinvara to glory in the Leinster Junior B Hurling final against Craanford (Wexford) in Raheenagh.

Bruff are managed by Danny Moloney with Ger Browne, Paddy Mulcahy and trainer Declan Reale and are captained by Paddy O’Leary.