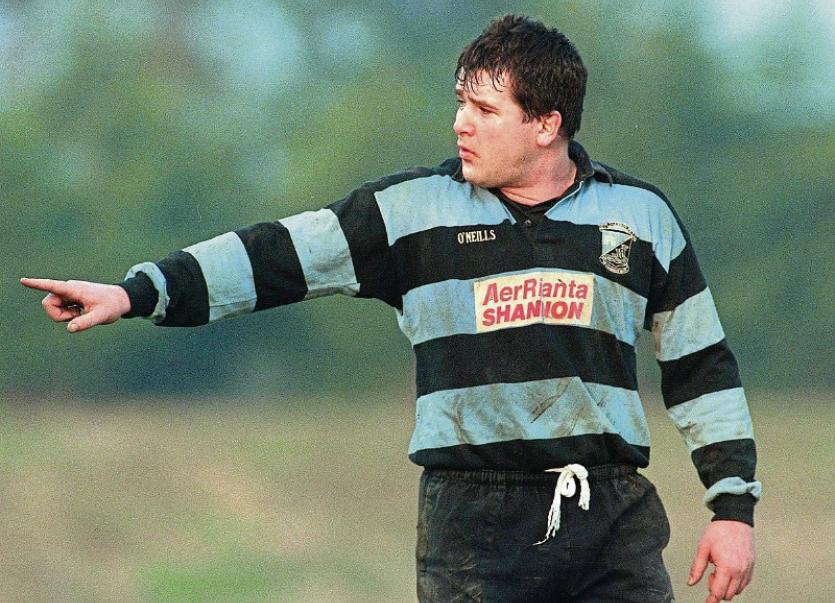 The famous Limerick club are to posthumously honour their former player and Munster head coach with a trio of presentations on a night where only Shannon RFC members and the Foley family will be present.

Shannon RFC's club members raised funds and commissioned a special Seamus Connolly designed bust that will take pride of place in the Shannon RFC club house on the grounds of Thomond Park.

Fittingly, the bust of Anthony Foley will be placed at a height of 6'2" in the trophy cabinet of one of Ireland's most decorated sporting clubs.

A second presentation from the club will be a similar sculpture by Seamus Connolly depicting the head of the former number eight and will be presented on the night, to St Munchin's College, Anthony's alma mater, where Foley was a schools rugby star.

Seamus Connolly's previous works include a statue to Mick Mackey which takes pride of place in Castleconnell village and also a bust of Frank McCourt which is placed outside the World famous McCourt museum. `

The final presentation to be made on the night is a portrait of Anthony, which will be presented to the people of Killaloe, Foley's home town. The portrait, which will have a permanent home at Reddan's Bar on Main St Killaloe, is believed to be in thanks to the people of the area for their support to the Foley family.

Anthony Foley, who sadly passed away in October 2016, won five All Ireland League titles with Shannon and was capped 62 times by Ireland over a 10 year period.

Fans of rugby worldwide will remember Foley most for the role he played in securing Munster's first ever Heineken Cup title in 2006, captaining the side to a 23-19 win over Biarritz in Cardiff.

The members of Shannon RFC club had planned to mark the passing of their beloved former captain and with this trio of presentations, it can be agreed by all, they have done just that.