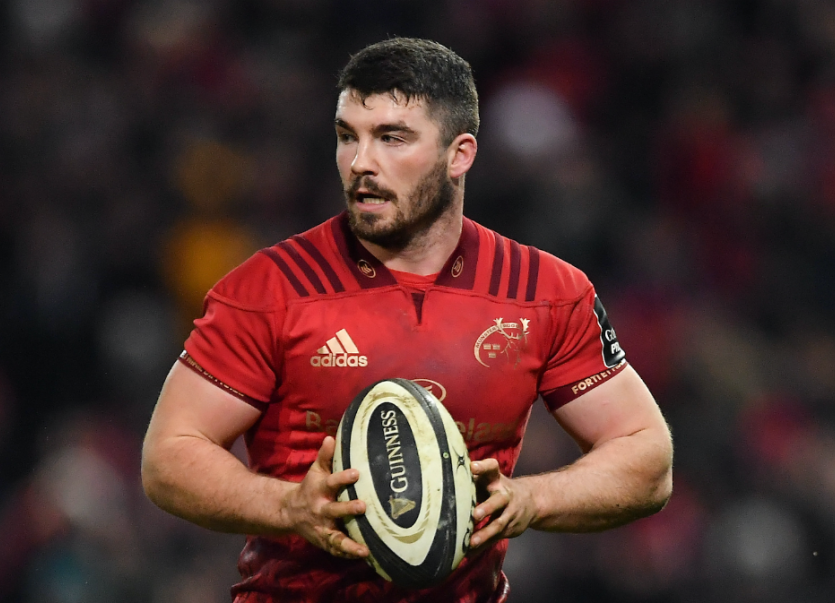 Munster's Sam Arnold who has been suspended for three weeks

Munster Rugby's Sammy Arnold has been suspended for three weeks following his red card for a high tackle on Christian Lealiifano during Monday night's Pro14 clash in Ravenhill.

Arnold faced a Disciplinary Hearing today via a video conference and he will now be unavailable for Munster's clash with Connacht on Saturday night as well as the two Champions Cup ties with Racing 92 and Castres Olympique. He will be available again for selection Monday, January 22.

The centre was shown a red card by referee Sean Gallagher under Law 10.4 (e) – Dangerous Tackling.

The Disciplinary Panel, comprising of Roger Morris (Chair), Nigel Williams and Owain Rhys James (all Wales), concluded that the actions merited a mid-range entry point as a player must not tackle above the line of shoulders, an act of foul play which carries a six-week suspension.

The ban was reduced after full mitigation of 50 per cent was applied having taken into account the player’s conduct throughout the hearing and his previously clean disciplinary record. The player was reminded of his right to appeal.