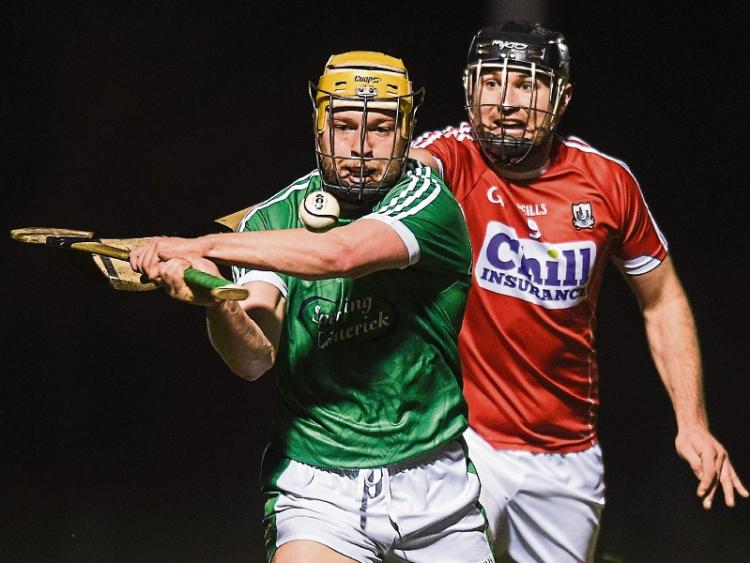 FOR a sixth successive season the Limerick senior hurlers opened their campaign with a victory.

It finished Limerick 2-23, Cork 1-21 in round one of the Co Op Superstores Munster Hurling League in Mallow this Saturday.

John Kiely did have the stronger side on the field, in a game that marked John Meyler’s debut as new Cork manager. While The Rebels were largely experimental, Limerick started with debut Seamus Flanagan and introduced newcomers Barry Murphy and Oisin O’Reilly in the second half.

Next up is the visit of Kerry to the Gaelic Grounds on Sunday January 7 at 2.00.

The game was delayed 10-minutes due to a power failure but when it did start it was Limerick that hit the ground running with Aaron Gillane and Tom Morrissey points inside 90-seconds.

The Limerick goal came in the 10th minute when Gillane fetched a long delivery from Paul Browne and made no mistake to find the net from close range.

At the mid-point of the half it was 1-6 to 0-6 with Barry Nash getting in on the scoring.

A run of four points – Patrickswell duo Gillane and Diarmaid Byrnes on the mark – moved Limerick 1-10 to 0-6 clear with 22-minutes gone.

Cork hit back but vice-captain Paul Browne pointed and the lead was six points with five minutes to the interval.

Darragh O’Donovan was the seventh Limerick man on the scoresheet as half time approached but Cork had the final two scores of the half to leave it a four point lead at the break for the visitors.

Pat Ryan and Gillane had Limerick points inside the first 60-seconds of the second half to increase the lead.

But there wasn’t to be another score for the men in green for nine minutes. That Gillane free left it 1-16 to 0-15 with 10-minutes lapsed in the half.

When Seamus Flanagan became the ninth Limerick scorer it was 1-18 to 0-17 and there were just over 15-minutes to play.

But all of a sudden the game was level for just the third time when Jack O’Connor goaled.

The Limerick response was impressive with Gillane and Flanagan points.

It was soon four unanswered scores when Flanagan goaled in the game’s 63rd minute to move Limerick 2-21 to 1-18 ahead.

Cork hit back but the final scores fell to Byrnes and Gillane to ensure an opening round Limerick win.