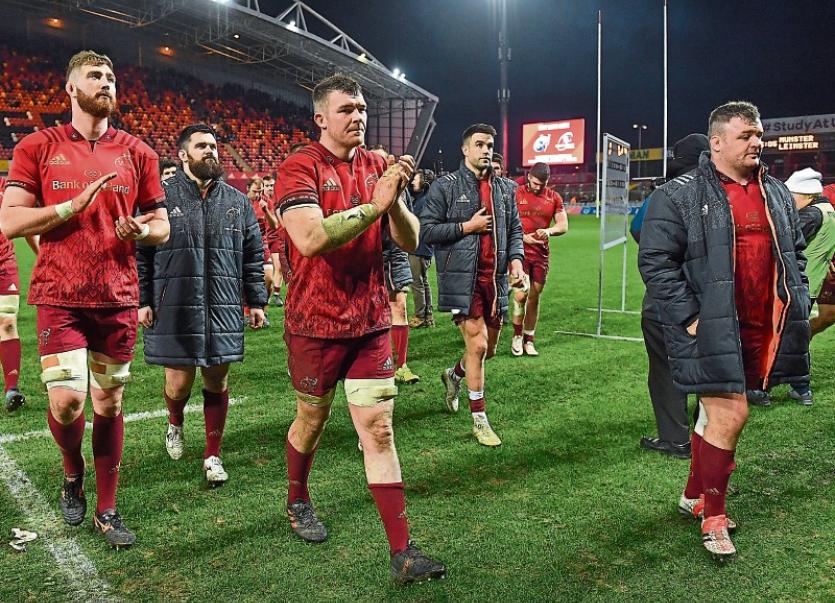 A capacity crowd of 26,267 watched Munster and Leinster share eight tries in a pulsating contest, but the clinical visitors deservedly emerged victorious on a 34-24 scoreline.

Munster failed to recover from the concession of three first half tries which saw Leinster build a commanding 27-5 half-time lead.

It was Munster’s first defeat at home since last February and van Graan’s first reverse as head coach since taking the reins in November.

“We didn’t start well in that first 15-20 minutes. I thought we adjusted well in the second part of the first half. I was happy with the second half, but unfortunately rugby is an 80 minute game.

“I thought a big moment was the 68th minute. We clawed our way back to be within two yards of their tryline, a try or three-pointer there would have put us within one score with 10 minutes to go.

“But that didn’t happen and like I said before we have to learn out of this.”

Van Graan insisted Munster had not suffered a European hangover following their impressive back-to-back Champions Cup wins over Leicester earlier in the month.

Leinster made 12 changes to the starting team from the one which defeated Exeter last time out, while Munster stuck with the vast majority of the players who started against the Tigers for this big sell-out derby.

“No excuses. We had a very good training week. We knew this was going to be a big game. Not any excuses.

“Each team has to decide how it will manage this Christmas break (for Irish internationals). We went with pretty much the same team. We had two late guys pulling out, but we knew that at some time earlier in the week.

“I guess you can call it a reality check. We just take it game by game. Two quality teams up against each other and they were better tonight.”