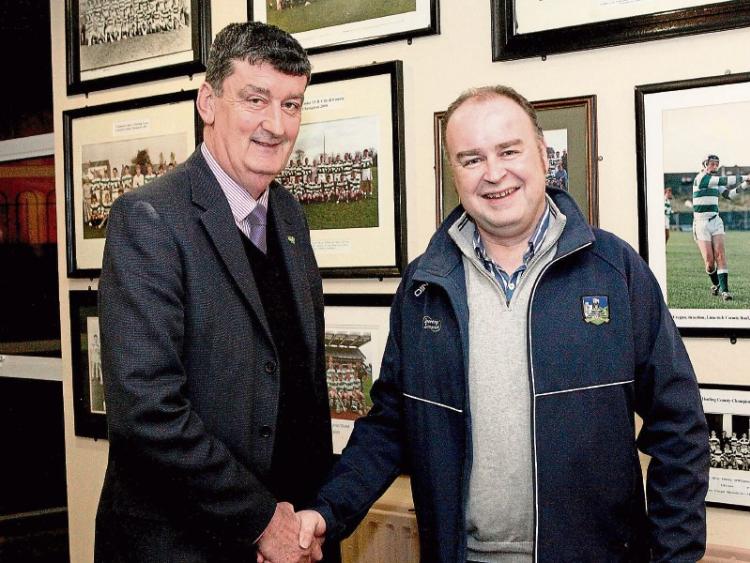 DELEGATES from the 65 GAA clubs of Limerick will converge on Cappamore Community Centre this Sunday when Annual Convention will elect a new County Board chairman.

Bidding to replace Patrickswell’s Oliver Mann are John Cregan of Dromcollogher-Broadford and Liam O’Sullivan of Claughaun.

The only other election on the agenda, which starts at 2.00, is for assistant-secretary between Alan Kehoe of Ballysteen and Eamonn Phelan of St Patricks.

There will be an eligible electorate of 224 delegates. Each club is allowed three delegates, which must include their county board delegate. The west division has 23 clubs, there are 18 in the south and 12 in both the east and city. The club delegates account for all but 29 of the total poll – the county board executive dominating the remainder.

The two roles up for election are among four that are being vacated under the five year rule stipulation.

Out-going PRO Eamonn Phelan is one of the four 2017 officers that have to depart their current roles.

Chairman Oliver Mann and treasurer Donal Morrissey are departing the top table of the County Board.

Another of the quartet is Seamus McNamara, who will be the new vice-chairman as he is unopposed for the role. The vice-chairman role is one of four new officers.

Another new officer is PRO Hugh Murphy (Blackrock). The Kilfinane man and Sean Bourke are the only new faces ahead of the elections.