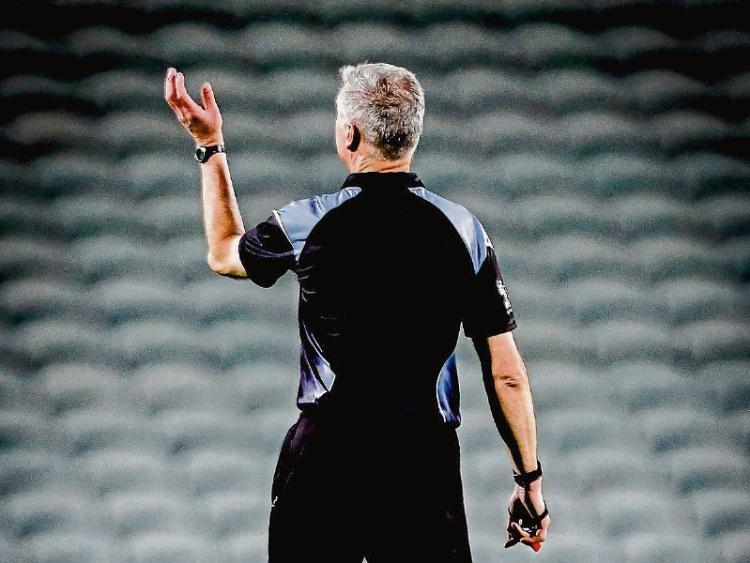 LIMERICK GAA secretary Mike O’Riordan has expressed “concern” at the number of referees available in the county.

The Kilmallock man, who is a full-time official, has stated the Limerick “are in drastic need of new referees”.

“The number of referees joining the present group is in decline and is reaching levels of concern,” said the county board secretary in his report to Annual Convention.

”I would encourage clubs to seek out persons who may have an interest in refereeing. We lost many referees this year, but we have also seen many them step up to adult level with success. This year we have seen a number of referees retire and at this moment in time we are in drastic need of new referees and I would urge clubs to seriously look at former players and others who may have an interest in that side of the game.”

He added: “Remember if we don’t have referees we won’t have games”.

His report details: “We completed over 700 games this year commencing in early February and should be completed by the third week of December”.

The Limerick GAA secretary also warns in his report that insurance will increase in the coming season “following a jump in claims nationwide”.

”Storm Ophelia last October created havoc throughout the county and substantial damage was caused. There will also be the possibility of an increase in Property Insurance. Some clubs have seen their policies reduced given their claims history which is positive,” said the secretary.