THE PUNTER'S EYE: Samcro can reign supreme for Elliott at Navan

One of the most exciting horses around 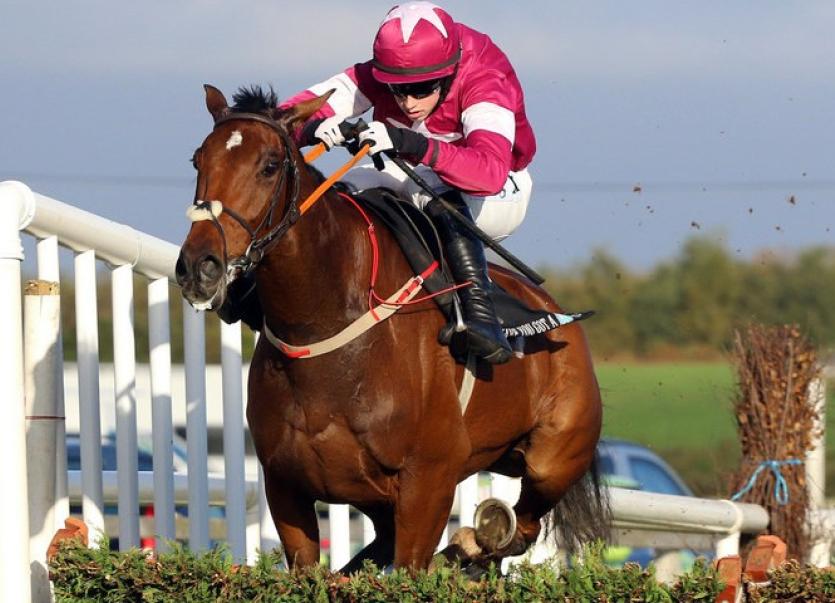 THE PUNTER'S EYE: Samcro can reign supreme for Elliott at Navan

In the 12:35 at Gowran on Saturday, a risk is taken on Carter McKay returning to winning form for his hurdling debut. Many will remember this horse as a fancied runner in the Champion Bumper at Cheltenham last March. He disappointed that day but to that point had been highly thought of on the bumper scene of last season. The ill-fated Fayonagh slammed Carter McKay 19 lengths in that Cheltenham race, and followed it by beating him by 27 lengths at Punchestown a matter of weeks later. Perhaps the Willie Mullins horse is not as good as first thought, or perhaps hurdles will get the best out of him. Minellafordollars is the big hope for Gordon Elliott here based on his sole Irish run, where he easily accounted for the challenge of Beyond the Law and Jetz at Navan last March. That form is hard enough to read as Beyond the Law, second on that occasion, has bombed in four subsequent starts, while Jetz (3rd that day) looks a real prospect having beating Monbeg Worldwide by all of five lengths last time out. Minellafordollars will more than likely be odds-on here, and that opens the door to a bit of value on Carter McKay. If anyone can revive his fortunes, it is Willie Mullins.

Meanwhile on Sunday, Samcro is an unbeaten five-year-old out of the Elliott yard in the 13:05 at Navan, and the bay gelding looks to be top brass. After a point-to-point success in April 2016, this horse was moved from Colin Bowe into the hands of Gordon Elliott. Since then, he has won three national hunt flat races and his maiden hurdles most recently. On yielding to soft ground at Punchestown last month, he put Mind's Eye to the sword, winning by a staggering 15 lengths without so much as an expression from his jockey. Mind's Eye has gone on to frank the form by winning at Fairyhouse, beating the likes of Quick Grabim and Blow by Blow. With no odds available, it is hard to know just how strong Samcro will be, but I'd expect an odds-on price for a serious horse with a big future. Jetz is the main danger.

Later on the Sunday card at Navan, there is a competitive renewal of the Troytown at 14:35, a race won last year by Empire of Dirt in the Gigginstown House Stud colours. The O'Leary's are well represented again with no fewer than six runners, with General Principle probably the greatest hope. However, I would oppose that runner with the improving Tesseract for Joseph O'Brien. This six-year-old has been getting to grips with chasing recently, having won two out of his last four starts. The latest of those wins came at Wexford on heavy ground where he saw off Full Cry. Despite being impeded approaching the last fence that day, he stayed on well up the run-in to claim the win. With similar going expected on Sunday, and JJ Slevin taking three pounds off as a claimer, this horse should give another good account of itself. Mala Beach and Hurricane Darwin represent serious threats in a packed field.