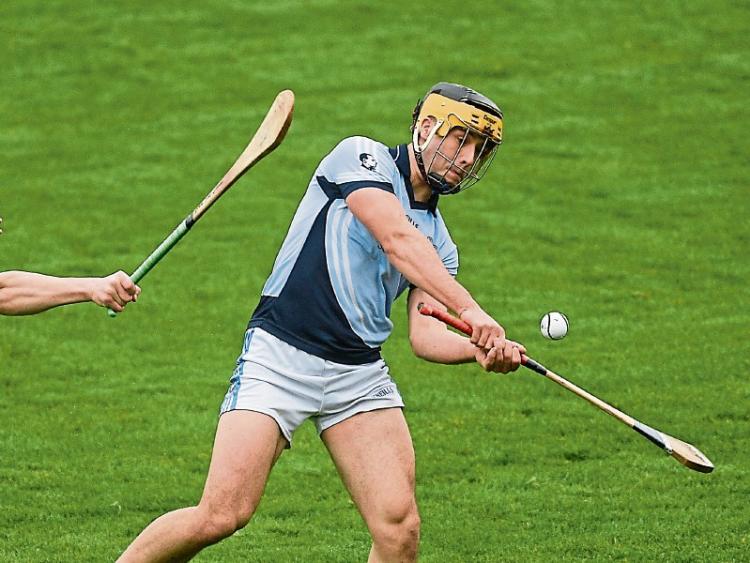 Last Sunday he won his second Munster club SHC medal – his first on the starting team – but that’s just one of seven pieces of silverware won in 2017 for the wing back.

All that on top of a first call-up to the Limerick senior hurling panel earlier this month.

In February he won a Fitzgibbon Cup medal with Mary Immaculate College.

By the end of April he had won his fourth Limerick Premier U-21 hurling championship as Na Piarsaigh made it six-in-a-row.

Another two months down the line and Grimes captained Limerick to the first ever Munster U-25 hurling title.

In July he added a Munster U-21 title and in September an All Ireland U-21 title.

And, all the time progressing with Na Piarsaigh to win his second Limerick SHC title.

On Sunday, he capped off the year with a Munster club.

Hardly time to breath for Grimes and all that is added to a 2014 Munster MHC title, various underage club championship titles and Harty, Rice and White Cup wins while in Ardscoil Ris.

“It’s been super alright but there have been other years where you are waiting for things to happen. You get years when things go for you and this year just fell into place for me,” smiled Grimes.

”I’ve just been lucky to be involved with great teams – 2017 has been excellent and I would take a few more years like that!”

Grimes fired over an early point from distance in Sunday’s Munster final and played his defensive role throughout.

”We are over the moon, delighted - any time that you win a Munster final, it’s a great day,” said Grimes.

“I was there in 2015 but no seeing game time and it makes you hungry. I came into 2017 and when you get a chance you have to take it and it’s been worth the wait. There are plenty more young lads in the dressing room and they will want to push on to keep things going,” he explained.

Na Piarsaigh trailed by four points early in the second half, but Grimes felt victory was within their grasp.

"We probably wanted to get the first score or two but they threw the gauntlet down to us with three points but we responded well and got over the line. It’s the spirit of this team - when it comes to the last 10-minutes and a game is in the balance there are lads that pop up out of no where and are willing to put in their leg and body into places that others wouldn’t and work so hard.”