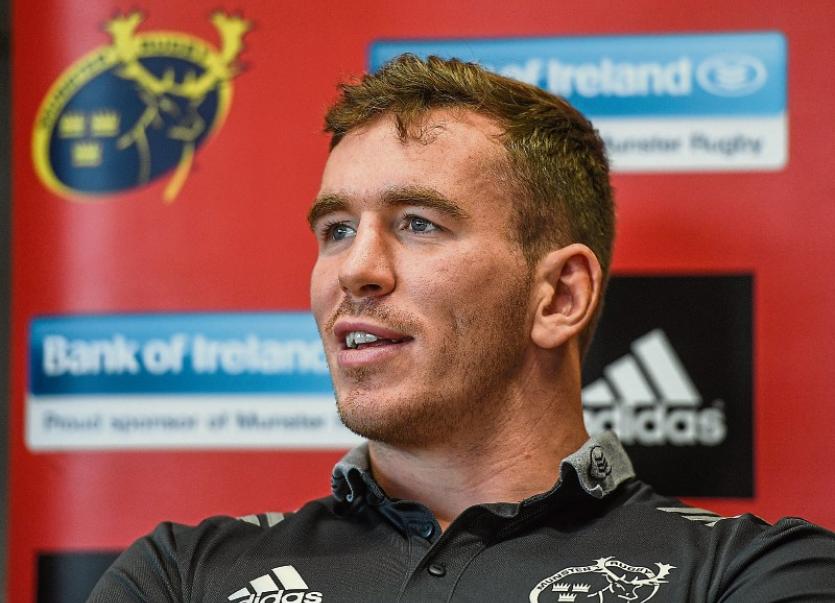 Munster centre Chris Farrell, formerly of Grenoble, will be capped for Ireland on Saturday

Ireland head coach Joe Schmidt has named the match day squad to take on Fiji at a sold out Aviva Stadium on Saturday afternoon in the second game of the Guinness Series 2017.

Munster's Chris Farrell is set to win his first cap alongside Stuart McCloskey in a new look centre partnership while fellow Munster men Andrew Conway who moves to fullback with Darren Sweetnam, who won his first cap last week, starting for the first time.

Leinster's David Kearney returns to the side to complete the back three while Kieran Marmion will partner Joey Carbery in the halfbacks.

Up front Rhys Ruddock captains the side and he is joined in the backrow by Jack Conan and Jordi Murphy, who lined out for the Barbarians last week.

Connacht's Ultan Dillane joins Devin Toner in the second row, while Jack McGrath returns to duty in the front row where he is joined by Rob Herring and Andrew Porter.

James Tracy, who made his debut this time last year against Canada and Kieran Treadwell, who won his first cap on the summer tour are included in the replacements.