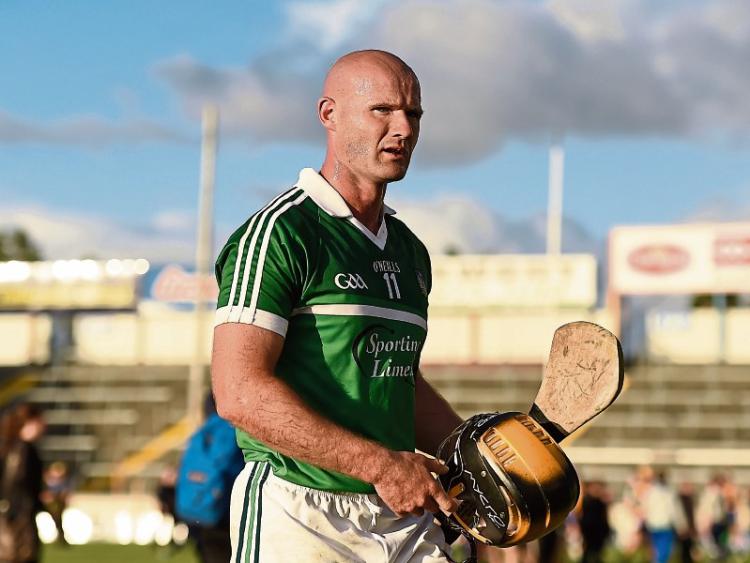 JAMES Ryan is the latest Limerick senior hurler to confirm his inter-county retirement.

The Garryspillane man captained Limerick in 2017.

This Friday morning he released a statement via Limerick GAA confirming the end of his time in the green and white.

The 30 year old played both hurling and football with Limerick.

Like Gavin O’Mahony, who retired on Monday evening, James Ryan played in the Limerick minor hurling team that reached the 2005 All Ireland minor hurling final.

However, his senior hurling championship debut didn’t arrive until 2009 against Waterford.

He played in Munster finals in both hurling and football – Of course winning the 2013 Munster SHC title.

“Training and playing for Limerick has played a huge part of my life and I was privileged to have played for my county for so many years,” said Ryan.

“I would first like to thank my mam and dad who nurtured my love for sports and supported me all the way through my career. I would also like to acknowledge the support from my girlfriend Amie, family and friends which was immense throughout my career and I am forever grateful to them for that,” said the 30 year old.

“For me it all started with my clubs Garryspillane in Hurling and Galbally in football, I would like to thank both for the support they have given me over the years it is very much appreciated. I look forward to giving more time to both into the future.”

“In Limerick we have a fantastic support base and I would like to thank all the Limerick fans who have supported the teams through thick and thin.”

“To the Limerick County Board and Coaching and Games as my employers I am forever grateful and I would like to acknowledge I have been well looked after in every way throughout my playing career. I would like to thank my work colleagues, the teachers, schools, clubs and their officials who have facilitated me during my playing days.”

“I am eternally grateful to the all Limerick Management teams I have worked with over the years. I wish John, his Management team and the Panel the very best into the future. It was an honour to captain my County.”

“Finally, I would like to mention a special word of thanks to Mr Ger Power (RIP) who was my primary school teacher. He was a huge influence in school, in sport and in life, without him I would never have played for Limerick.”