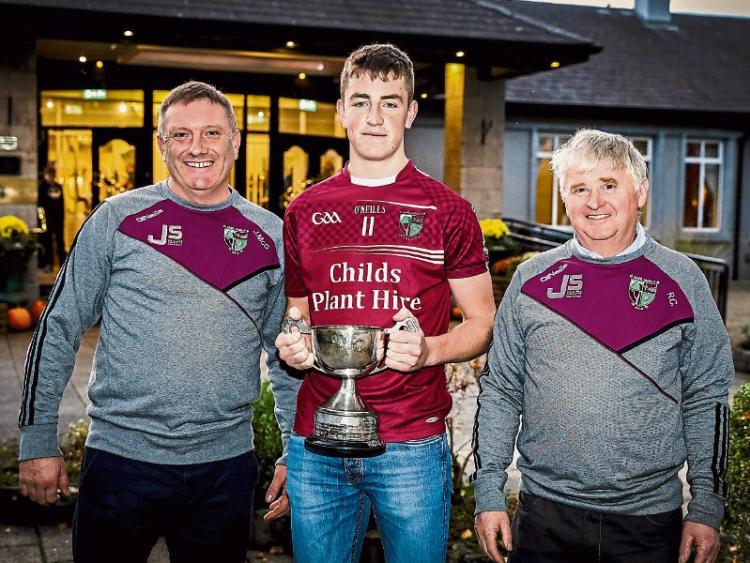 GALTEE Gaels are Limerick Junior A Football Champions for the first time since 1988 after an emphatic 2-16 to 2-3 final win over Croom this Sunday in Bruff.

The man from Anglesboro and Kilbehenny earn promotion to the 2018 Limerick IFC, from which they were relegated in 2010.

This title mean that Galtee Gaels will represent Limerick in the Munster club JAFC and the men from south Limerick face semi final action on November 18/19 when they travel to play to Kerry to face Dromid Pearses.

This Limerick title victory was earned in an outstanding first half when they led 2-11 to 1-0 at half time.

From the off they dominated, keen to ensure no repeat of their 2015 Limerick JAFC final loss to Cappagh.

Galtee Gaels had beaten Croom in the group stages and the final of the South Championship and looked every bit the champion when leading 1-6 to no score by the mid-point of the first half.

The first goal came from a drive by midfielder Tommy Childs. Previously they had points from Alan Condon, Sean Casey and Padraig Gallahue.

The second goal came in the 23rd minute from Padraig Gallahue after a fine move involving Maurice O’Sullivan and Padraig McGrath.

The men in maroon were soon 2-10 to no score clear with the half time whistle approaching.

In injury time came the only Croom score of the first half – Mark Reidy with a goal.

On the resumption for the second half, Croom started with renewed vigour and 1-3 scored inside the opening 12-minutes of the half. Reidy with another goal and two fine points from sub Conor Laffan.

But that was as good as it got for Croom and Galtee Gaels settled again to see out an deserved title win.

Robert Childs and Padraig McGrath had points to seal the win for the Mike Jones captained side.