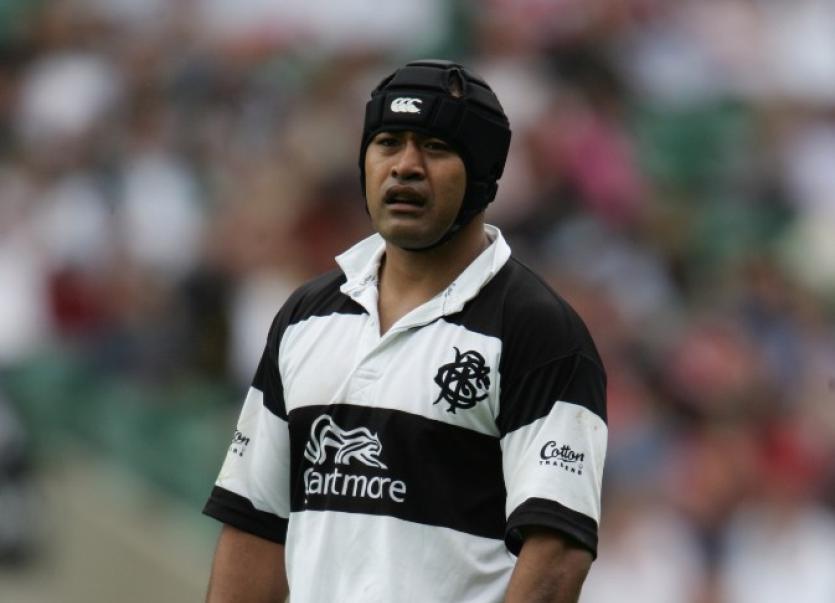 TONGA'S road to the 2019 Rugby World Cup starts at Thomond Park where head coach Toutai Kefu will relive one of the fondest memories of his playing career.

The great Australia No.8 was a 22 year-old rookie when the Wallabies produced one of their finest-ever touring performances to beat Munster 55-19 there in 1996.

Kefu was a try-scoring man of the match that day in an Australia performance described as ‘just total rugby’ by wing David Campese.

Three years later Kefu was in the Thomond Park stands — Munster great Jim Williams was starting at No.8 that day — as Australia beat the USA by the same scoreline in a World Cup pool match on their way to winning the title.

“I’d known all about the history of Munster’s great win against the All Blacks and when we toured I was a dirt-tracker and very pleased as a young player who hadn’t been capped to play that day,” said Kefu.

"We were great that day, really on our game and I got the player of the match award. It was a huge thrill. We returned there in 1999 in the World Cup and played the USA and that was another to enjoy.”

Kefu will have plenty of talent at his disposal when Tonga take on the Barbarians in Limerick on Friday, November 10 (7.30pm). The Barbarians women’s team also make their debut against Munster that afternoon.

The likes of Racing's Ben Tameifuna – “He could be the best prop in the world,” said Kefu – Bristol centre Siale Piutau and Gloucester wing Tevita Halaifuna will want to light up the stadium with Tonga's unique brand of physical power and dynamism.

"Tongans have got rugby in their DNA,” said Kefu.

"They’re generally big, powerful, dynamic and quick guys and play in a way that suits those attributes.  We grow up on the islands and get fed into some of the best programmes in the world in New Zealand and Australia. Having that progress into the national team suits us very well."

The November tour matters because Tonga have ambitious plans to upset some of their lofty World Cup rivals in Japan less than two years from now. A World Cup pool including England, France, Argentina and the USA will take some getting out of. But Tonga have stunned France before, famously beating them 19-14 at the 2011 tournament only for a careless defeat against Canada to prevent them from reaching the knockout stages.

“Now everything’s looking towards the World Cup in terms of recruitment and development,” added Kefu.

"We’ve got a lot of young players coming through and those who haven’t yet worn the red jersey. Everything we do will be monitored by the coaches as we move towards picking that World Cup squad. England are a top side and we’ll keep an eye on them. For us to progress to the knockout stages we need to beat two top teams and it’s going to be a battle for us.

“But France are so unpredictable and if we are at our best and we can disrupt them mentally, then we’ve got a chance. You might say the same about Argentina and in terms of consistency they can be a little fractious as well. We’ll put together a plan we hope will work.

"There’s no secret about what we need to do. We’re physical people and that style of game suits us. So we’re going to be direct. We need to be better and quicker and to be able to play with physicality for longer. Discipline and consistency at the set piece need to be better too."

The Barbarians under Robbie Deans will aim to disrupt that progress and Kefu is relishing the chance as Tonga take on the famous invitation side for the first time.

"I played for the Barbarians against England in 2006 and had a fantastic time,” he said.

"I love the Barbarians, what the club stands for and everything about its ethos and history.”