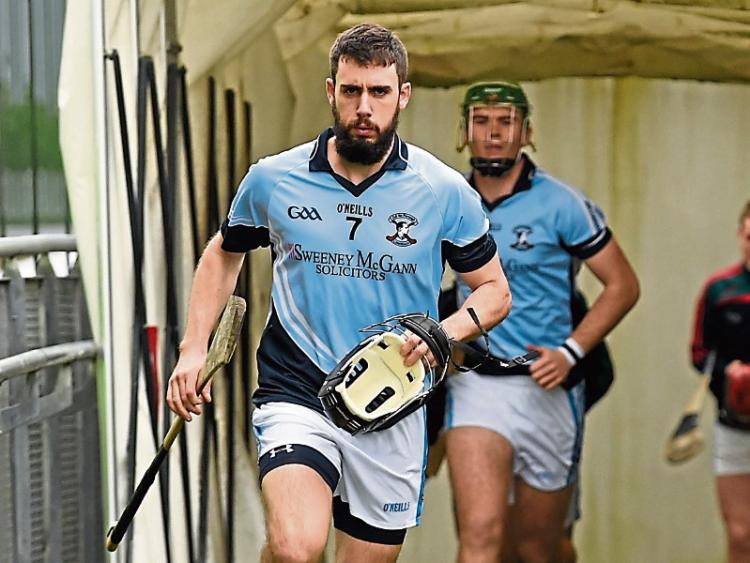 The club’s first ever county final appearance was back on October 19, 2009 and six players from that defeat to Adare will again be involved this Sunday.

One of those is current captain Cathall King.

With three Limerick SHC medals, three Munster club medals and an All Ireland title already won, the Na Piarsaigh captain insists that the buzz of reaching another final is not diminished.

“County Final day is still the biggest day and we want more of those titles to come back to this group of players with the talent we have. We know it’s difficult but we feel we have the players capable of getting more medals,” he said.

”It feels very much the same - being out of the loop last year makes you appreciate it more. We have to show respect to the medals we have won but there also has to be respect to want to win those medals again,” King told LeaderSport.

He added: “It’s always the aim to reach the county final. Being disappointed as we were last year, it’s nice to be back”.

The captain outlined how Na Piarsaigh had made good use of last season’s early championship exit.

“Some of the lads made good use of it – it was a winter break for the first time in a number of years,” said the key defender.

“​Getting a proper pre-season done adds to mental strength,” he said.

“Continuing on and on can get a bit more tiresome and you lose track of goals so when you lose like last year, you set your goals more carefully.”

He explained: “Getting out of the group was the goal and we hit our goals so far. We did slip up against Adare and we have that at the back of our minds that you can’t take anything for granted but so far, so good”.

Their group phase ended with four wins and a loss and propelled the Caherdavin club directly into a semi final with rivals Doon.

”We took that into the Doon match - when Doon played Adare they won and that was in our minds that we were preparing for a battle and that stood to us after getting that wake up call,” said King, who is a teacher in Gaelcholáiste Luimnigh.

King stresses that lessons must be learned if the Daly Cup is to be regained.

”We have put a lot of emphasis on the fact that we conceded too many frees - they (Doon) hadn’t scored from play for 17-18 minutes but weren’t out of the game which says that we were letting them back into it too easy and we are addressing that. When we are playing well, we have to make better use of that advantage and not let teams back in easier than they should,” said King.

That Doon win sets up another Kilmallock battle.

”We know each other very very well and have played eachother every year for the last three if not four years and it’s been tit-for-tat and more or less the same teams for those number of years so we know eachother very well and I think there is a mutual respect there between the players,” he said.

“Kilmallock in their drive to St Patricks Day gave us that bit of a lift the following year, that if they can get up there why can’t we - we seem to dive eachother on,” said the captain, referencing the run of both to Croke Park on successive St Patricks Days.

It’s never been an easy win - over the last few years it’s always been hard fought and great hurling matches and I expect the same on Sunday,” said King, who is in his third year as Na Piarsaigh club captain.