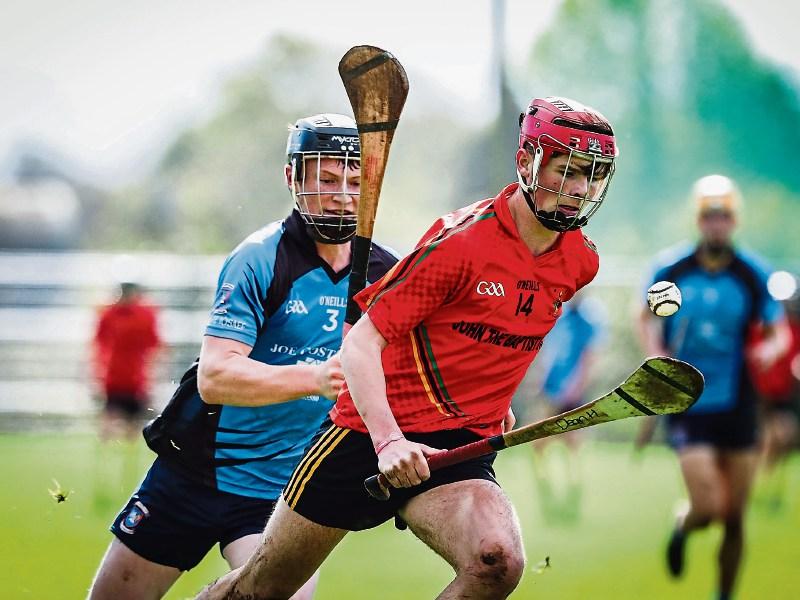 HOSPITAL’S John The Baptist Community School made a winning start to life in the Harty Cup his Wednesday with a 1-16 to 0-9 win over Kilmallock’s Colaiste Iosaef.

Elsewhere in round one of the Munster Post Primary Schools Senior A Hurling Championship, Ardscoil Ris were victorious, while Scoil Na Trioniode Doon and Castletroy College suffered defeat.

Hospital were led to victory by a top display from Dylan O’Shea in midfield. Just days after winning a Premier Minor Hurling Championship with Garryspillane, O’Shea chipped in with five points from play from midfield.

Paraic Wixted and Timmy McSweeney exchanged early points but then Hospital stamped their authority with four points in succession – from O’Shea and Oisin O’Grady.

Brian O’Grady ended the half with two fine Hospital points.

In the second half, Kilmallock got the start they needed with McSweeney and Conor Hanley Clarke getting scores from play on top of a Sean O’Leary free and all of a sudden they were back in this contest.

The crucial run of scores then came as the game entered the final quarter.

It was Oisin O’Grady with the all-important goal – finding the net after an initial effort had been saved.

Kilmallock weren’t to score for the final quarter and weren’t helped when Sean O’Leary was sent off for a second yellow card with just under 10-minutes to play.

Jerome Boylan (Na Piarsaigh) and David Woulfe (Kilmallock) will be in opposition in Sunday’s Limerick SHC final but were in the starting team as the city side eased to victory.

It was just 0-9 to 0-3 to the city side at half time in Kilmallock but two second half goals from Riain Considine (Cratloe) moved them clear. Sub Cathal O’Neill (Crecora) sealed the win with a late 1-2.

Captained by Jack Ryan, Doon had David Hickey, Bob Purcell and Ryan Renehan points on the mark in the opening half as they stayed in touch.

The duo hit goals in the second half but Nenagh held on for the win.

Castletroy College lost to St Flannans of Ennis in Sixmilebridge, 2-11 to 0-10.

Goals from Gearoid Cahill and Colin Haugh had the breeze assisted Clare side 2-5 to 0-7 up at half time.

Then St Flannans hit the final four points to hold off the fightback from the Limerick city side.