Coaching Clinic: 'Coaching teams to good results isn't something I would focus on' 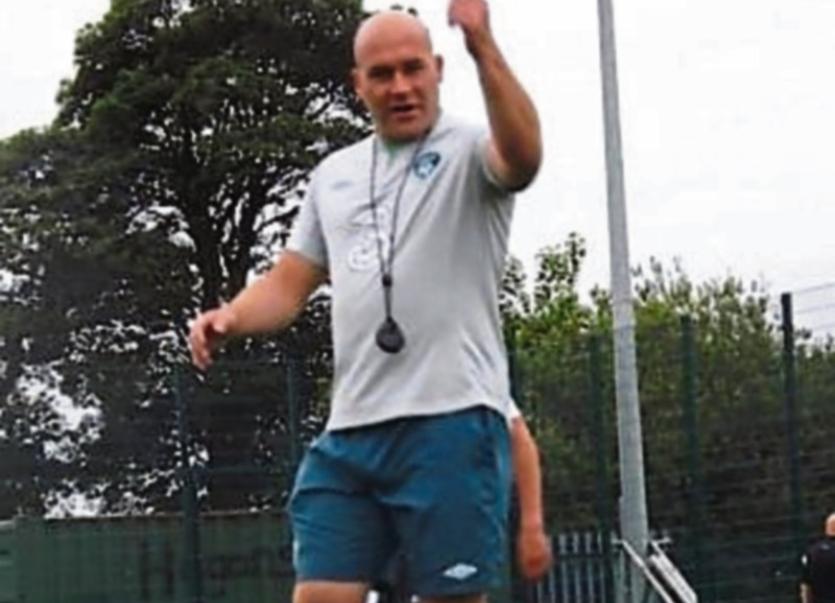 IN the latest of our Coaching Clinic series, David Byrne chats to Jason O'Connor about moving from playing to coaching. . .

HOSTING a playing career of many ups and downs, FAI Development Officer Jason O'Connor has certainly excelled in his role in Limerick city, but the transition from player to coach wasn't always a smooth one.

Tearing his cruciate ligament as a 28-year-old, the former Peterborough striker returned home having been told he would be out of the game in a year.

"It was my most serious injury and the pain was like nothing I had ever experienced," explained O' Connor.

Describing his return to his hometown as "disappointing" following four years as a professional footballer in England where his Peterborough United side went from the old Fourth Division to the Championship, Jason found life difficult without the ball at his feet.

"From a football point of view, it was really hard to settle back as no matter what I did, it was going to be a step backwards.

"I actually didn't play football at all for three years after returning but later went on to play with Limerick FC, Janesboro and Carew Park.

Following an illustrious career at local level, Jason decided to continue his involvement in football by concentrating on the coaching side of the game, and he reminisced on those who offered him advice throughout his time in the game.

"As a player I was certainly influenced by some strong characters who managed me, my dad Jim at Janesboro, Maurice Price in the Irish schoolboy setup and Chris Turner at Peterborough.

"That for me is what coaching is, inspiring players and guiding them to reach their full potential. I feel I led as a player by performance and captained many a team over the years so towards the end of my playing career coaching was something that always appealed to me."

From there Jason did not look back but only to remember his many highlights as a player, as he began to focus on a career in coaching and youth development.

"My best moment as a player was representing my country as a schoolboy international for the first time.

"Standing up for the national anthem against Germany in 1988 was a feeling that will stay with me forever.

"There is a saying 'I felt ten feet tall' and that night in Edenkoben I understood the true meaning of that saying.”

Focusing on a lot more than coaching players to the top level, O'Connor believes that football can be used as a tool to solve many social problems in his native city.

"Do not be distracted from your dreams is the best advice I can give any young player starting out.

"There will be distractions everywhere, Internet, phones, alcohol and many other social issues that can keep any player from fulfilling their potential but if a player is truly focused and determined they can achieve their dreams.

"As FAI Football Development Officer for Limerick city getting young people involved in sport is an integral part of my role. Obesity and mental health are all impacted by playing sport.

"These issues were never more important than in these digital days where communication is not done in person and exercise and playing outdoors is not commonplace.

"Coaching teams to good results is not something I would focus on, but to see young players reach their potential pleases me as a coach.

Having overseen the development of many young players such as Limerick FC's William Fitzgerald who recently made his senior debut, O'Connor has already seen the progress made locally.

"When a young player I've coached over a period of time makes a senior debut it is very satisfying.

"Seeing three quarters of the FAI Emerging Talent programme I worked on for over four years, sign for League of Ireland clubs this year has also been very satisfying.

"Players were identified at a very young age and assisted in their development throughout the programme".