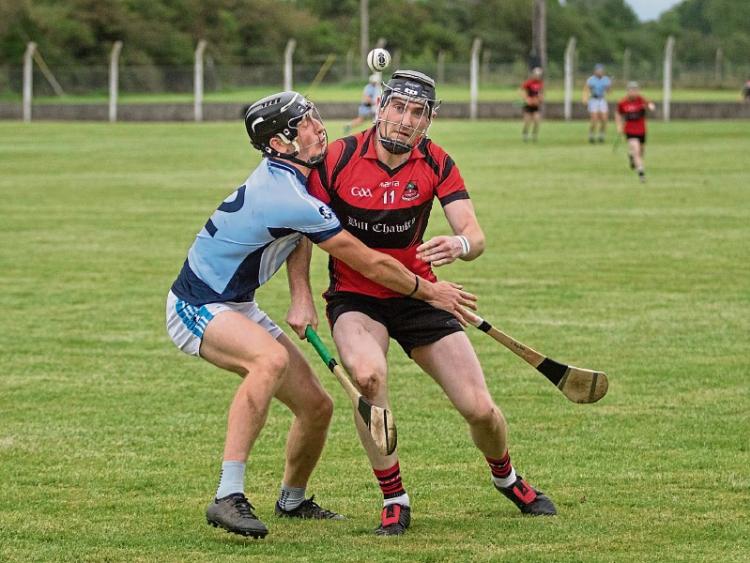 GROUP TWO of the Credit Union sponsored Limerick Senior hurling championship looks like it could be decided on scoring difference.

Three teams are now locked on 6 points with Na Piarsaigh topping the pile by just nine points from Patrickswell.

The City side, who were champions of Limerick, Munster and Ireland in 2015, lead the current champions by points difference depsite losing to Adare on Saturday night.

Patrickswell made light work of Monaleen at the Gaelic Grounds on Sunday evening. The ‘Well’ won out 3-25 to 0-15 winners over their fellow divisional side in a game that was all but over at half time.

In Group 1, the things are a little clearer by virtue of the fact that Kilmallock have won their four games and have qualified for a semi final spot with 8 points from 8.  In the same group, Doon's 2-21 to 0-11 win over South Liberties gives them six points from their opening four games, placing them in second spot. Ballybrown lead the charge for third spot. They sit on 5 points following a 4-21 to 0-15 win over Bruff.

In  the Premier Intermediate championship, five sides are separated by just two points. Murroe Boher lead the way on eight despite losing out to Garryspillane 2-15 to 2-12, while Feohanagh are on seven, following their 1-16 to 1-15 win over Mungret/St Pauls. Garryspillane, Bruree and Pallasgreen are now locked on six points apiece, however Bruree do have a game in hand, as their clash with Blackrock was postponed this weekend.

The next weekend of hurling action is on the weekend of August 27. For more on all of this weekend’s action, make sure to pick up a copy of Thursday’s Limerick Leader Newspaper.