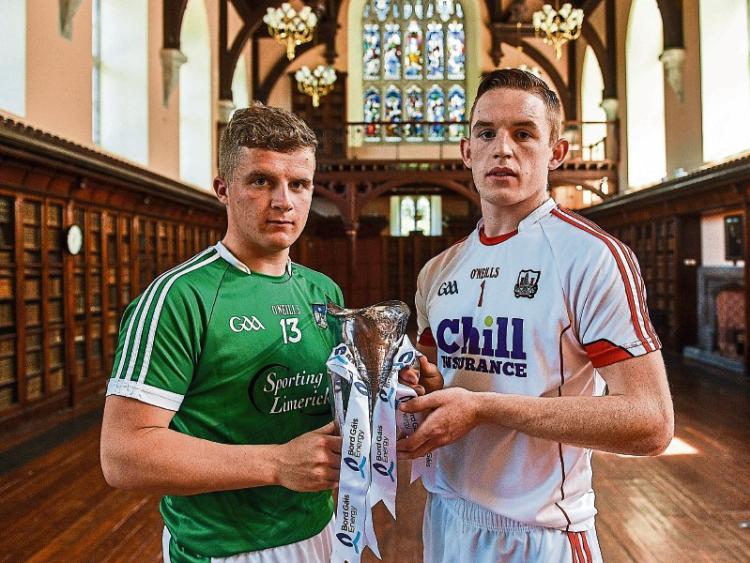 LIMERICK go in search of Munster hurling glory this evening.

And, there is home advantage in the Gaelic Grounds as Limerick bid to win an eighth ever U-21 provincial championship title.

But hat-trick chasing Cork stand between Limerick and success.

The Rebels have already won the Munster senior and minor hurling titles this season, but it’s Limerick that are the hottest of 2/7 favourites to stop the Cork run of wins.

Minor champions three years ago, Limerick romped into this evening’s U-21 decider with double digit wins over both Tipperary and Clare.

Such is the talent across the Limerick panel, 11 players are bidding to win their second Munster U-21 medal, to add to the success of 2015.

While many of the Limerick players are in their third season at this level, Patrickswell’s Cian Lynch is in his fourth year of U-21 and plays his 10th game in the grade in this final.

Lynch is one of five players that remain in the starting line-up from the 2015 Munster final win over Clare – current captain Tom Morrissey, Colin Ryan, Ronan Lynch and Robbie Hanley complete the experienced group.

In total, seven of this evening’s U-21 team played senior championship with Limerick this Summer.

But Cork have four senior stars with Mark Coleman and Shane Kingston their key men in defence and attack. Luke Meade missed their semi final win over Waterford due to injury but should be fit to play a part. Ruled out is Darragh Fitzgibbon, due to suspension.

While Cork have 18 titles in their U-21 roll of honour, they haven’t lifted this trophy since 2007.

Limerick have won two crowns since the last Cork success – 2011 a memorable extra time win over The Rebels in the Gaelic Grounds.

GAA officials have urged supporters to buy tickets in advance to avoid delays at the turnstiles. Tickets will be are on sale until late afternoon from Centra and SuperValu. Adult tickets cost €15, with a €5 concession for students and OAPs. Juvenile tickets are €5.