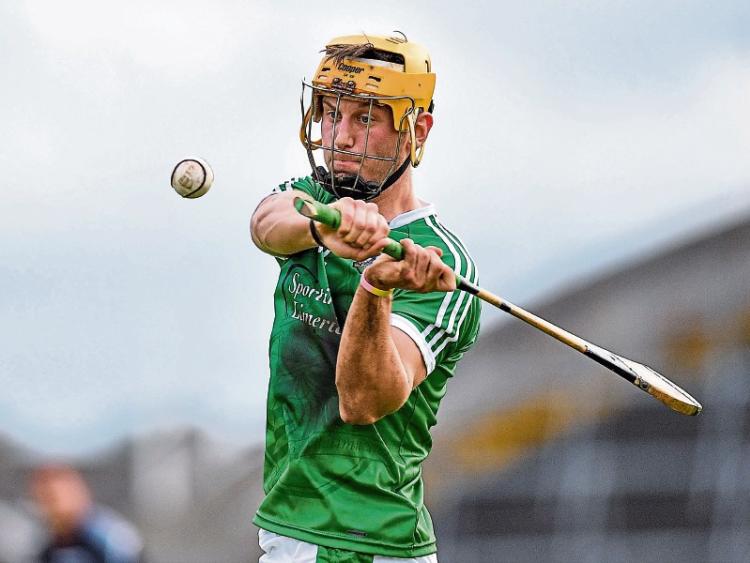 CAPTAIN Tom Morrissey is one of five Limerick players set to start in their second Munster U-21 Hurling Championship final in the Gaelic Grounds next Wednesday against Cork.

The Ahane man, Ronan Lynch, Robbie Hanley, Colin Ryan and Cian Lynch all played in the 0-22 to 0-19 win over Clare back in 2015. Remarkably all five were in attack but are now to be found in different areas of the field – Morrissey and Cian Lynch the two to remain in attack.

With 14 of the 2017 panel holding All Ireland U-21 medals from two years ago, Morrissey is adamant that former glory is no comfort.

“A lot of us are in our last year of U-21s and we want to make sure that we have something to show for it,” said a determined Limerick captain ahead of Wednesday’s provincial decider.

After the winning run of 2015, Limerick’s title defence was cut short last summer with a below par semi final loss to Tipperary. That Thurles defeat stands as a reminder to all involved this year according to Morrissey.

”When we won it so young and with so many of us underage again, that was the mistake we made - looking too far ahead, so this year we weren’t getting caught with the same mistake twice and therefore one game at a time,” he explained.

”We had a target to get to a Munster final this year and we are there now - job done.”

Limerick had 11-point and 13-point winning margins to reach the final but Morrissey insists focus is not an issue.

”To be honest, going into the Tipperary game and having lost to them last year, we only had a one game at a time mentality - I know everyone says that from the start of the year but honestly it was one game at a time. We weren’t taking Clare for granted and thankfully we got over the line.”

“The two matches are in the past now and we have nothing to show for them - the next match is when there is a trophy on the line and we want to win it,” he stressed.

”It’s a Munster final but just another game that we want to win.”

Like last season, Waterford beat Clare and Tipperary to win the Munster U-21 title – both games were in Walsh Park. Limerick are now attempting to follow with a third game in the Gaelic Grounds in the campaign.

”It’s nice to have a home Munster final - for Limerick itself. To get support in would be great in the Gaelic Grounds . Hopefully there will be a big turn out and we can get the right result,” said the captain.

John Kiely led the U-21s for the past two years but his elevation to the senior role saw Pat Donnelly move into the U-21 role from the minor position.

“There was a new management and some players from last year’s minors came in so there was a big difference from the last two years and obviously that was going to freshen it up,” said Morrissey of his third year in the grade.

“We had good preparations - unluckily the seniors were knocked out but for this it probably gave us ideal preparation of one and half weeks build-up and it gave management an opportunity to prepare properly. They leave no stone unturned in their preparation and hopefully they can lead us to success,” said the forward, who was one of nine U-21s on the senior panel this season.

The former Castletroy College student is full of praise for the role played by manager Pat Donnelly and his backroom staff.

“That’s down to management - they are playing a game that suits our players and allow us a lot of freedom when we are playing. We aren’t in a rigid formation or anything, there is a lot of switching and we just play as we see it,” said Morrissey of Limerick’s free-flowing style.

He also believes that competition for places is crucial.

”That’s what you need if you want to push-on - you need your B team to be the best team out there. They push us on the whole time and there is huge trust in the whole panel,” explained Morrissey.