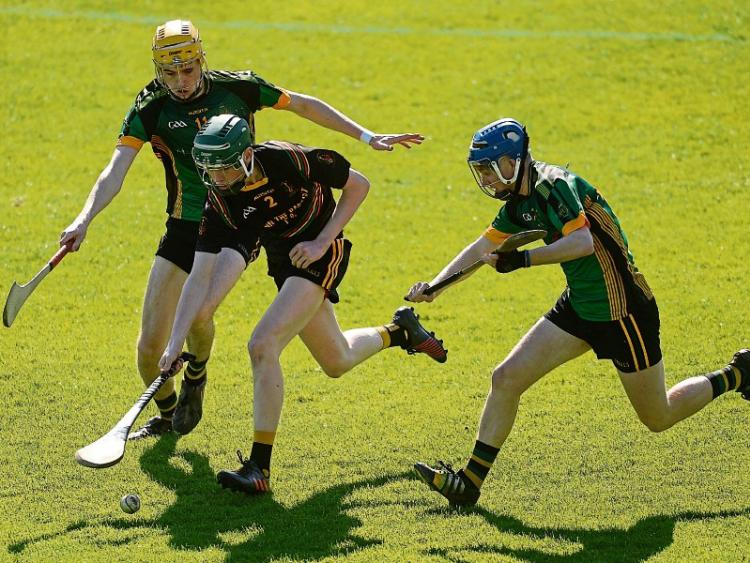 The south Limerick secondary school lifted the Paddy Buggy Cup with a 2-14 to 1-8 win over St Marys of Belfast.

The Limerick side were 2-8 to 0-3 ahead after a fine opening half.

Hospital settled early and put scores on the board to lead 0-4 to no score after eight minutes with Eoin Sheehan and Michael O’Grady on the mark as well as two Dylan O’Shea frees.

The Antrim side found their feet with three unanswered points with Darren Grego leading the way to reduce the margin to one point at the mid-point of the half.

But the Hospital response was impressive.

Sheehan ended 11-minutes without a score and it started a run of five successive scores for Hospital with The Belfast side not to score for the final 15-minutes of the half.

The first of the Hospital goals came on 19-minutes with Eoin Sheehan crashing to the net after a flowing move involving Eoin O’Mahony and Tadhg Leddin.

In injury time, Hospital added a second goal – Ryan Tobin doing brilliant to work possession goalwards from his right corner forward position and then beating the goalkeeper from a tight angle with a fine finish.

The second half scores were scarce but the Limerick side always looked winners.

Captain Paudie Maher was among the early scores as they led 2-11 to 1-4 as the game entered the final quarter.