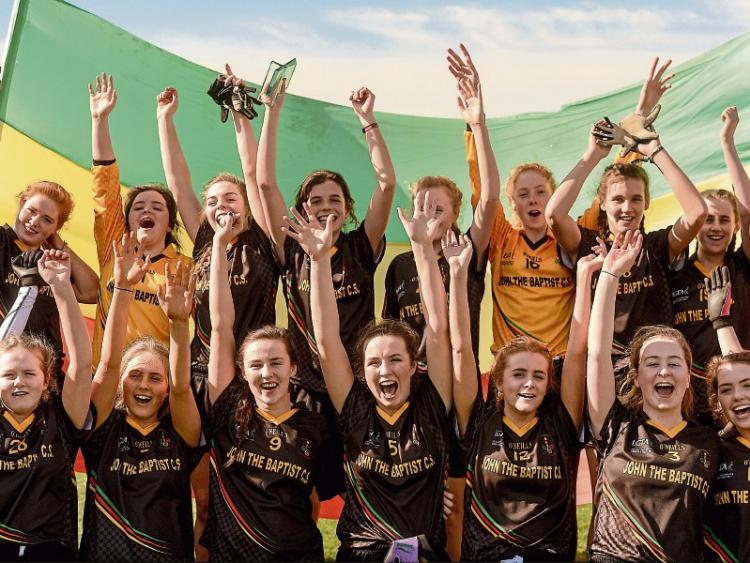 This is the third All-Ireland success for the Co Limerick school in recent weeks, following on from amogie wins at senior and junior level.

John the Baptist’s hurlers contest the All-Ireland Colleges’ senior hurling B final at Semple Stadium, Thurles, on tomorrow, Saturday, while the Hospital school is also in the mix to claim the All Ireland Junior A Ladies Football final with – Cavan's Loreto College providing the opposition.

Andrea O’Sullivan and Anna-Rose Kennedy contributed the lions-share of the John the Baptist scores on route to claiming the ladies senior A football title.

Despite playing into the breeze, John the Baptist led 2-2 to 0-4 at half-time, thanks to first half goals from O’Sullivan and Kennedy.

St Ciaran’s did reduce the gap to two points, 2-4 to 0-8 in the second half. However, points from O’Sullivan and Kennedy proved crucial.