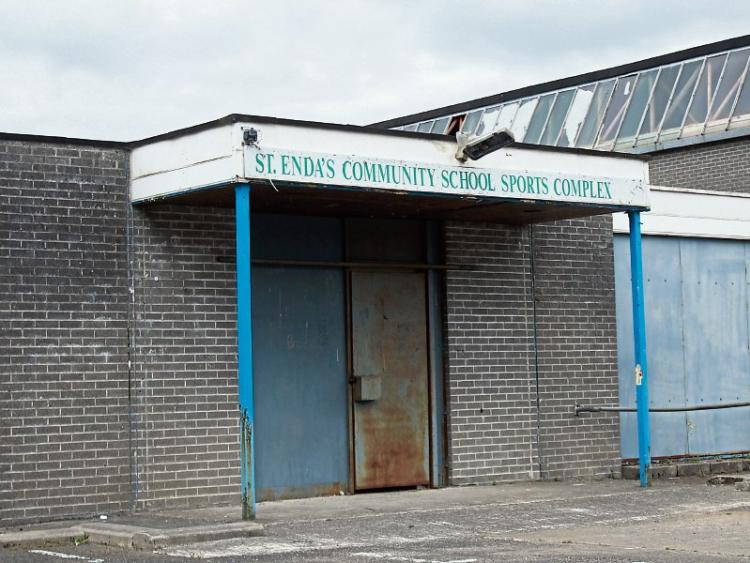 LIMERICK GAA have applied for planning permission to develop facilities at the former St Enda's Secondary School in the city.

In December it was revealed that Limerick GAA were exploring the possibility of securing a long term lease for the playing pitches and sports complex in the facility.

The Community School, on the Kilmallock Road, closed on its 40th anniversary in early 2015.

Just over a year ago the former secondary school on the southside of Limerick city was given a new lease of life as a further education facility under the auspices of the Limerick and Clare Education and Training Board (LCETB).

In recent weeks Limerick GAA have used the meeting rooms in the facility and now look redevelop the playing pitches and sports complex.

The planning permission is to construct a new stand-alone building to comprise of four dressing rooms and a gym. Also in the plans is a hurling wall.

Last December in his report to Annual Convention, Limerick GAA secretary Mike O’Riordan first confirmed that Limerick officials were investigating the possibility of utilising the playing pitches of the former city secondary school.

The secretary outlined that infrastructure projects were to be a key target for Limerick GAA in 2017. He pin-pointed the completion of Mick Neville Park.

“​The Physical Development Projects have commenced at both St Enda’s and Mick Neville Park with Phase 1 tender documents due back for consideration for the later. The Mick Neville Park project has got to be finalised by the end of next year,” stresses the secretary.

”I would propose that it would be completed over a staged period with ground works and pre cast concrete installation to be completed immediately. We have just under €800,000 secured for the project and require another €300,000 to see it out.”

He added: “The pitches next season do need a massive overhaul in the spring as well as the old lighting systems at the facility.”