Munster's winning run brought to an end in Thomond Park 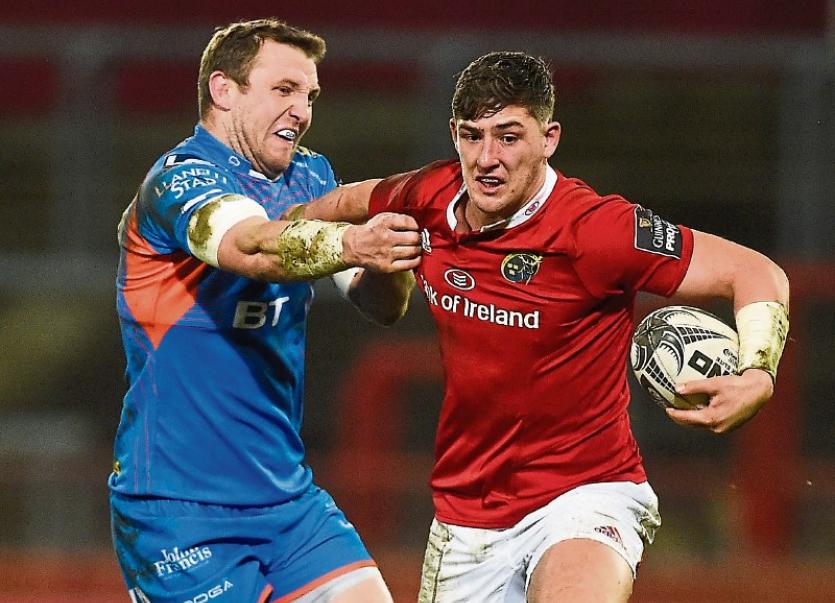 MUNSTER’S winning run came to an abrupt end this Friday evening with Scarlets taking a 30-21 win in Thomond Park in round 16 of the Guinness PRO12.

Munster led 21-6 at the interval but it was the visitors who got on top in the second-half to put a halt to Munster's winning season at Thomond Park. This was Munster's first defeat in Thomond Park since December 2015 v Leinster, and third PRO12 defeat of the season.

The province dropped to second in the table after failing to pick up any points from the home encounter.

Dan Jones gave Scarlets an early lead with a penalty.

Full-back Jaco Taute got Munster's opening try after 13 minutes – his eighth try of the season.

Darren Sweetnam got the province's second after 23 minutes and Munster again crossed six minutes later with Conor Oliver scoring after a great run by Dan Goggin.

Playing with the wind Tyler Bleyendaal converted all three tries to lead 21-6 at the interval.

With the elements against them in the second half Munster suffered their worst ten minute period of the season, coughing up 24 unanswered points to the Welsh opposition, and were unable to secure any points for their own part.

Dan Jones got his third penalty early in the second-half and then converted a try from his captain Hadleigh Parkes to reduce the gap to five.

A try from Johnny McNicholl after 58 minutes drew the sides level before Jones' conversion edged Scarlets in front.

The scoreboard had just ticked over before the Llanelli side were again crossing the whitewash with Tom Williams claiming Scarlets' third try 19 minutes from the end. Jones' conversion pushed Munster out of bonus point territory.