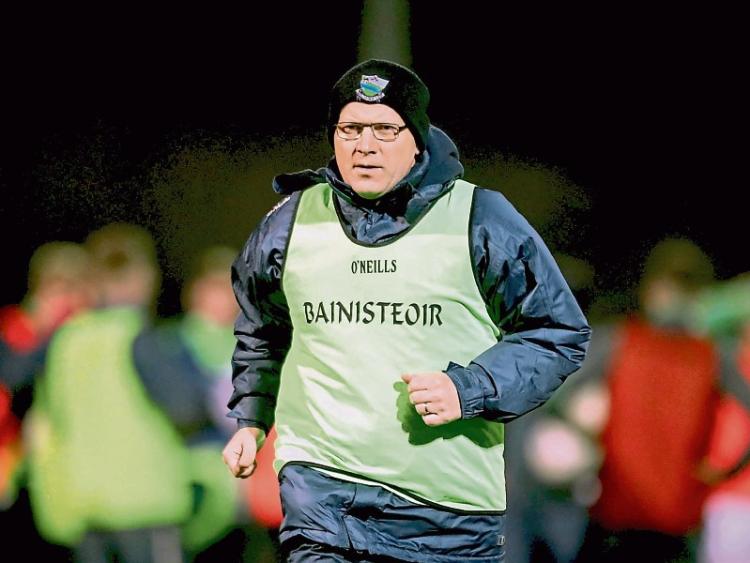 THE Limerick footballers play in the McGrath Cup final for the first time since 2008 when Kerry come to town this Sunday.

It was back in 2005 that Limerick won the last of their five McGrath Cup titles.

“It’s another game in January but more importantly, it’s a competitive game and probably brings a little bit more pressure,” said the Limerick manager of final against Kerry. Throw-in is 3.00.

Limerick arrive into the final with wins over Clare and Waterford, while Kerry beat Tipperary and Cork. Sunday will be the first ever McGrath Cup final meeting of the duo.

”Winning is a habit and it’s great for confidence, for the players and for management,” said Lee ahead of Sunday’s double-header with the Limerick v Kerry Munster Hurling League tie at 1.00.

“It’s about positivity for us at the moment. We are focused only on ourselves and getting our plan right and learning how to play the way we would like,” he explained.

“Sunday is another competitive game and that is a bonus. We knew we had two McGrath Cup games and didn’t look beyond that. We have a young panel and not a lot of experience so we are happy with the results. Performance wise the two second half displays were good and that’s nice to see that when we got into the dressing room at half time and spoke about a few things that the players were able to respond in the second half on the pitch,” said Lee, who is joined in the Limerick management by selectors Brian Begley and Ricky Ronayne and coaches Paudie Kissane and Barry Fitzpatrick.

For Sunday, it is once again about performance for the new Limerick manager.

"While Kerry won’t be at full strength they are still one of the top teams in the country and there is no such thing as a weakened Kerry team. We will focus on our own performance,” said the Newcastle West man, who has been involved with Austin Stack and Listowel Emmets in recent seasons.

While the county senior team has made an unbeaten start to the new season, so has the county U-21 side and Lee is content with the overall “positive jobes”

”It’s all positive and even last Saturday morning 150 kids turned up at the Limerick Underage Football Academy for U-14 trials. Two years ago that number was abuot 50/60 so all is good at the moment and people on the ground are putting in the work,” outlined Lee.

Sunday’s McGrath Cup final will help and management to finalise their panel ahead of the February 5 start to life in Division Four of the Allianz Football League when a trip to Wexford awaits in round one.