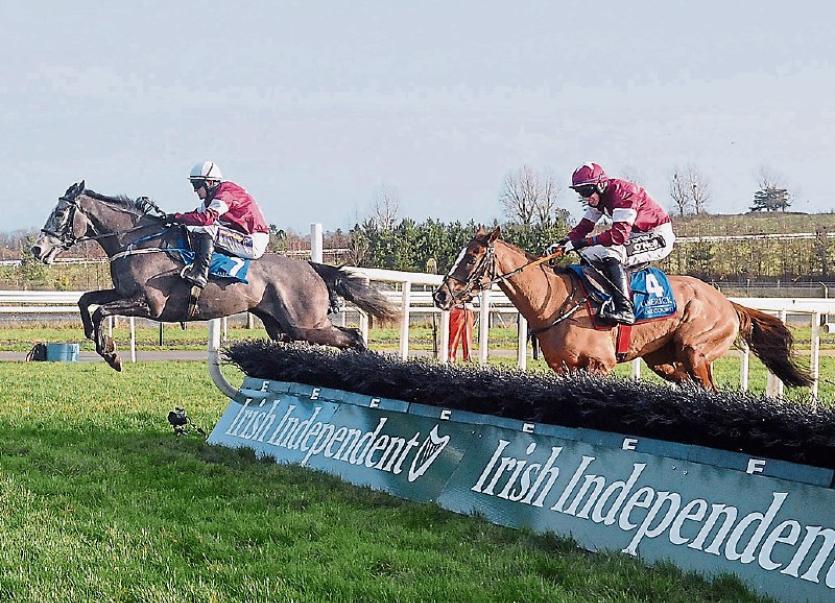 Favourable weather conditions through the four days of the Festival, which runs from St Stephen's Day until Thursday, December 29, has seen bumper attendances pack the enclosures at the impressive Patrickswell venue.

A total of 33,766 racegoers passed through the turnstiles at the Patrickswell venue over the opening three days of the popular Christmas meeting.

Organisers are hoping to break the 40,000 mark for attendances over the four days of the National Hunt racing spectacular.

An official attendance of 13,742 enjoyed pleasant winter sunshine as Limerick’s National Hunt racing bonanza got off to a memorable start on St Stephen's Day, in contrast to 12 months ago when the opening day of the fixture had to be cancelled after the track became unraceable due to heavy rain.

The attendance figures reached an impressive 11,085 on December 27.

The healthy turn-out of racegoers attending the National Hunt racing extraganza continued on Wednesday, December 28 when 8,939 turned out to watch another exciting seven-race card.

Betting turnover with the on-course bookmakers at Greenmount Park reached an impressive €195,000 on December 26, while the turnover on day two was €176,022.

The Festival, which boasts €450,000 in prizemoney and features 28 National Hunt races over the four days, concludes on Thursday, December 29 when the first race is due off at 12.05pm.

The December 29 programme of events at Limerick Racecourse includes a special family day event, including face-painting, party games and much more.

Children under 16 years will enjoy free admission to the races on all four days of the festival.