Jerry Flannery: 'Connacht trained with a real chip on their shoulders' 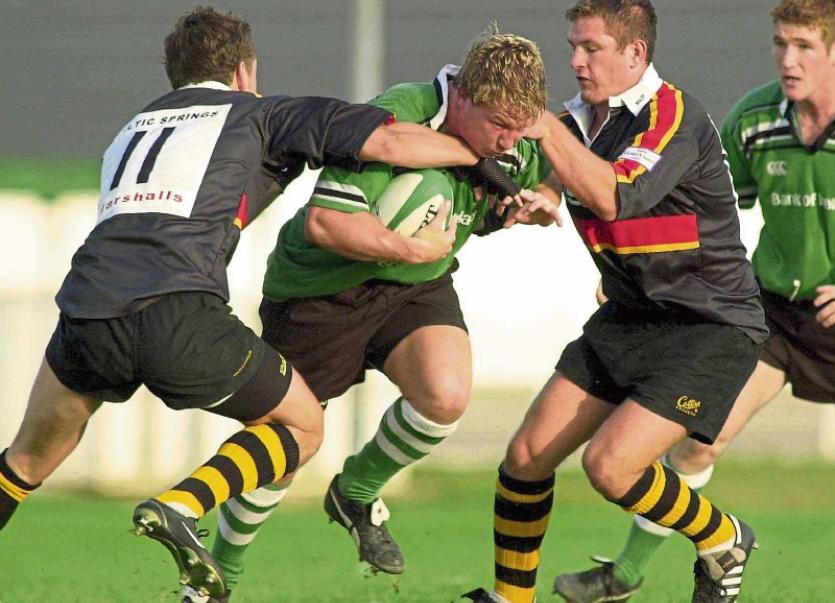 JERRY Flannery admits his ambition during his time playing with Connacht at least was to get back home to Limerick and play for Munster and Ireland.

However, current Munster scrum coach Flannery is adamant that had circumstances been different, the Connacht team of that time would have become the first to win silverware for the province.

Flannery was interviewed for a new book which outlines how Connacht twice came back from the brink of extinction to capture the Pro12 crown in stunning fashion last May.

Connacht — The Team That Refused To Die is written by Galway-based journalist and the province's former team manager John Fallon of Media West (Ireland).

Recalling his time at Connacht where he began his professional rugby career, Jerry Flannery recalls in the book: “There’s no doubt if we stayed together as a group, that team could have gone on and won things.

“I have no doubt about it. If you look at the Munster teams that won stuff, the reason they did was because they kept the group together.

“For years that team stuck together: Horan, Hayes, O’Callaghan, O’Connell, Leamy, Foley, Quinlan, Williams, Wallace, Stringer, O’Gara, and so on.

“If a team stays together for a long time, and you get the right guys in there to drive the culture of the club, you are going to be successful.

“When I look at the Connacht team that I played on, if that team stuck together could it have been successful? Yeah, 100 per cent, I have no doubt.

“It was incredible, I remember we trained with a real chip on our shoulders. There were so many of us of the same age, most of us were between 20 and 23.

“We trained insanely hard. Des Ryan was the trainer, and we were so fit. When I went down to Munster the following year with Eoin Reddan and Martin McPhail, we were blitzing people when it came to conditioning.

“We used to go out to the hills in Oranmore for pre-season with Connacht. I still have the photos. I remember doing those sessions and Johnny O’Connor used to go ballistic, trying to be the best.

“Myself and Redser (Eoin Reddan) said we would try stick with Johnny and we wouldn’t be far off. There would be ten different competitions in the black session, grueling stuff, and Johnny would win nine of them.

“Someone would beat him on the tenth and he would go mad! It was brilliant, guys were driving each other on. We won have won something, I have absolutely no doubt about it, had we stuck together.

“Everyone wants to sound good in front of their peers. I remember the nagging feeling all of the time I played with Connacht that I had to leave here to be successful.

“When the IRFU said they were going to cut the funding and get rid of Connacht, that puts a rocket under your ass to say you have to move out of here. But it was a bit depressing the way it happened.”