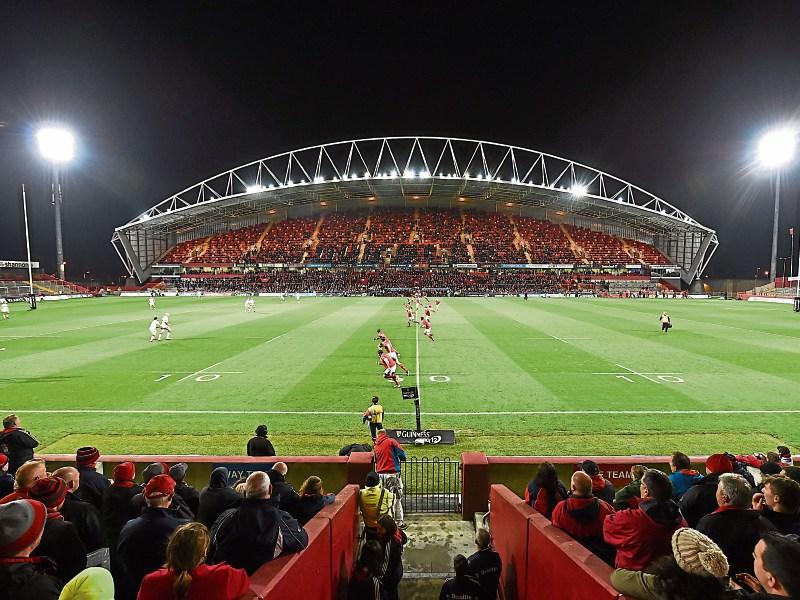 Thomond Park is one of the selected venues for the bid

LIMERICK'S Thomond Park is one of 12 venues being considered to stage games as part of Ireland's bid to host the 2023 Rugby World Cup.

Chairman of Ireland's RWC 2023 Bid Oversight Board, Dick Spring,  formally announced Ireland's entry into the 'Candidate' phase of the selection process to determine the host for the 2023 tournament yesterday.

Ireland are battling it out with South Africa and France for the chance to stage the Rugby World Cup in seven years' time.

It is projected that the tournament would be worth upwards of €800 million to the economy of the island.

The selection process will run from now until November 2017, when World Rugby will decide on the successful candidate.

During that period a detailed technical evaluation of the candidates will take place, with final proposals being submitted in June and a presentation to World Rugby scheduled for October.

Thomond Park, with a capacity of 26,897, is one of three venues in Munster being considered to host fixtures as part of Ireland's bid.

The other two venues bring proposed to stage games in the province are both GAA stadia, Pairc Ui Chaoimh in Cork with a capacity of 45,770 and Killarney's Fitzgerald Stadium, 38,200.

In all eight GAA stadia are included in the bid. However, Limerick's main GAA venue, the Gaelic Grounds, on the Ennis Road, is not among the venues being considered.

Two stadia in Belfast, Kingspan Stadium and Casement Park made the proposed list, while three Dublin venues are included, the Aviva Stadium, Croke Park and the RDS.

Some 445,000 visitors are predicted to travel to Ireland for the tournament should the country table a successful bid to stage the 2023 World Cup. The Worldwide TV audiences for the 2015 RWC in England reached some 4 billion.

IRFU Chief Executive Philip Browne said: “It’s taken is four years to get to here. We were in New Zealand in 2011 and experienced the wonderful World Cup staged. We came back and said, ‘if New Zealand can do it’ why can’t we do it.’ We have four key stakeholders, Irish rugby, the governments, north and south, (and the GAA).

“The governments have been absolutely critical to all of this; we can’t stage a tournament of this size and magnitude on the island unless we have the full support of both governments.”