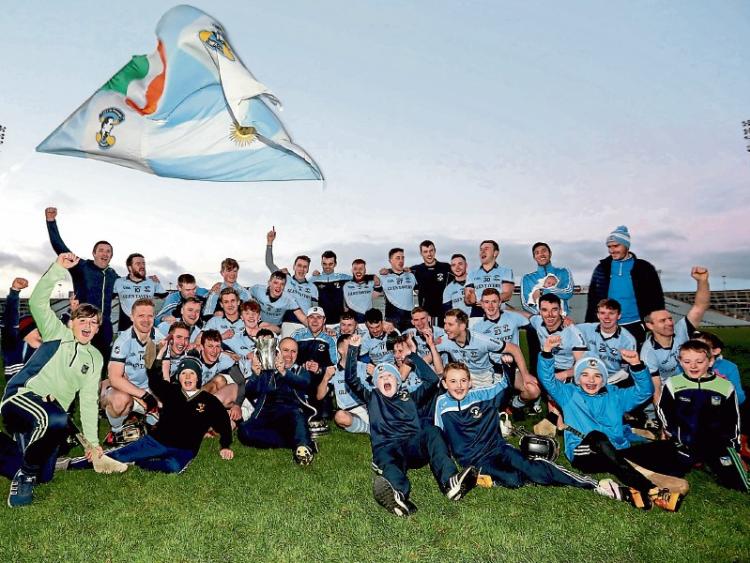 NA Piarsaigh will play senior and intermediate hurling championship in 2017 after they won the Limerick JAHC this weekend.

The Caherdavin club might have been unexpectedly dumped from the preliminary phase of the Limerick SHC after bagging Limerick’s first All-Ireland club title in March, but Na Piarsaigh showed that they’re still the county’s deepest well of hurling talent with a 1-16 to 1-12 final win over St Patricks in the Gaelic Grounds on Saturday.

A Brendan Mullins goal had St Patricks 1-6 to 0-7 ahead at half time.

Also over the weekend was the Limerick JAFC final with Gerald Griffins beating Kilteely-Dromkeen, 0-9 to 0-6.

It marks the fourth year in a row that the title will reside in west Limerick for the winter after previous wins in the competition for Castlemahon, Glin and Cappagh.

Two injury time points from Dara Noonan were key scores to get the west champions over the line as they return to the second tier of Limerick football in 2017.

Gerald Griffins will play in the Munster junior championship on November 19/20 against Glenbeigh-Glencar (Kerry) or Ballyduff Lower or Colligan (Waterford).

The Limerick Junior B hurling title was won by Murroe-Boher, who became the first non-city team to win an adult hurling county title so far in 2016 with a strong second half display to defeat Newcastle West, 2-11 to 1-7.

Murroe-Boher now play Clare’s Wolfe Tones of Shannon in the Munster JBHC quarter final on Sunday November 20 in Kileedy at 2.30.

In the Limerick IHC it finished all-square in the Gaelic Grounds between Mungret St Pauls 0-17 and Pallasgreen 1-14.

It was Mungret’s Denis Giltenane that ensured the replay with a late point.

Also on Saturday, Galbally were 2-10 to 1-7 winners over Ballysteen in Ballyagran in the Limerick minor A football final.

The game was in the melting pot as the south side led by a goal heading into the final stages, but late points from Micheal Bourke, Eoin O’Mahony and Ryan Tobin secured the title.