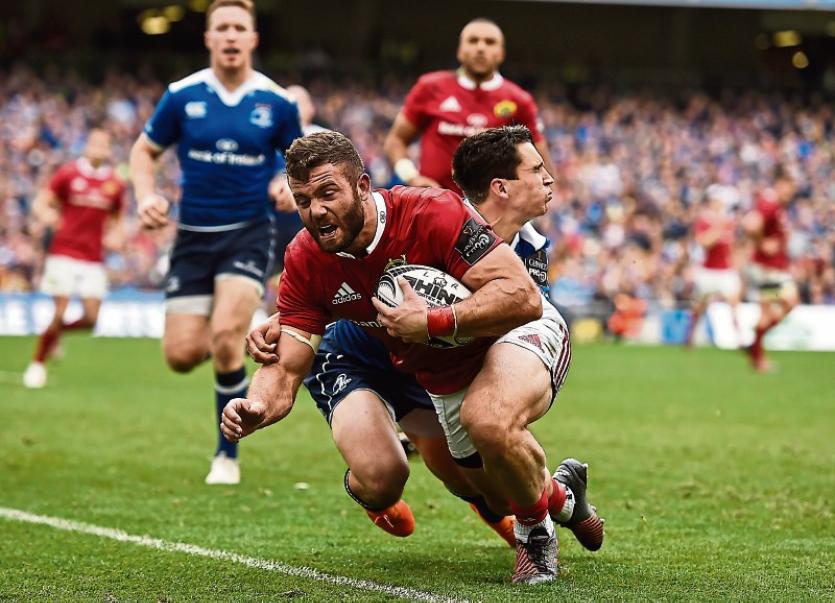 MUNSTER’S history is littered with examples of the province following a lacklustre Pro12 display with a huge performance in Europe just a week later.

Rassie Erasmus charges will need to produce a much-improved display against Racing 92 in their Champions Cup opener in Paris on Sunday (3.15pm Irish time) to stand a chance of upsetting the French champions.

Director of Rugby Erasmus was disappointed with Munster’s failure to capitalise on good field position inside the Leinster ‘22 shortly after half-time.

“If you go in at half time four points behind away from home, to a team like this who has quality all over, and you camp there for 10-15 minutes inside their 22, you must come away with 5,7,3 points, and we came away with a penalty against us.

”It wasn't only the try scoring action that my problem was with, it was more there were options out wide when we were attacking there, so if you win those big moments suddenly you're in the game and the next 30 minutes are a dog fight.

”But then all of a sudden you get a penalty against you and they score a soft try, so we must learn to use those big moments. In the 15 minutes after half time, when the score was 11-7, if we'd scored the try then, it might have been the right place to attack, but we didn't so obviously it was a mistake in execution on our side, but overall I thought the way we tried to grind it, to get back into the game, was probably the right way, and they were the 14 points better than us.”

The South African admitted the defeat was a blow to the side’s confidence ahead of two crucial Champions Cup ties with Racing 92 and Glasgow Warriors.

”There's no way a loss doesn't knock your confidence, for any team, and we will have to do a proper analysis.

”I can tell you now, the bottom line was if you give them 14 points, you're going to lose by 14 points. That wasn't hard work for them to get those 14 points, so although it will hit confidence a little bit, the reality check would be don't do stupid things like that.

”The step up (was there) definitely intensity wise, higher than previous games, but as a reality check, if you're going to give them 14 points, you're going to lose the game by 14 points on a platter. So, for me, that's the reality.

”If we go away against Leinster, and lose by 14 by just giving them, then if you don't learn from that then the next two, three games will be really tough for us.

”Intensity wise it was up, but I didn't think it was something we shouldn't be able to handle, I thought we could have handled that much better.”