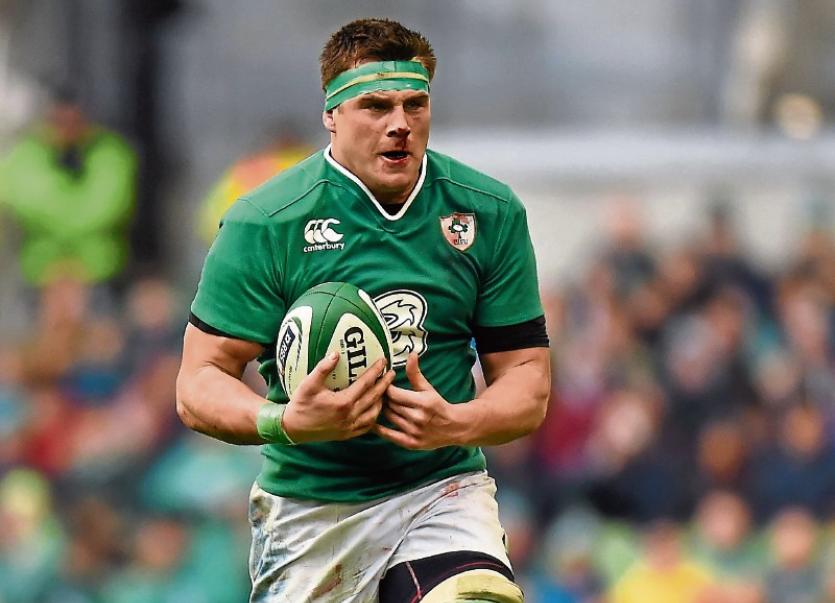 MUNSTER and Ireland back-rower CJ Stander has revealed that making the Lions squad for next summer’s tour to New Zealand is very much among his goals this season.

The 26-year-old has won seven caps for Ireland, since making his debut against Wales last February.

Asked if making Warren Gatland’s Lions squad to tour New Zealand was on his radar this week, Stander said: “Yeah, for sure. I think when I was a youngster I saw these teams coming to South Africa and you think that's the ultimate. It's class to get in there.

“When I arrived here it wasn't really in my mind but then everyone started talking about it and it can happen, so it's a goal for sure. It just depends how much and how good I can perform over the next few months.”

Stander has been impressed with the impact his fellow South Africans Rassie Erasmus and Jacques Nienaber have made since joining the Munster coaching team.

He said: “Rassie's a straighforward guy, he's a straight shooter. What's impressed me the most is his knowledge of the game, he knows the game inside and outside. There's stuff he knows about the tactical side of games. So the knowledge he has off the pitch, in the statistics and what you need to do to win a game, that impresses me the most.

“And the way he handles the people he works with, him and Jacques, they were straight in, fitting like a glove. I knew that was going to be the case but it's good to see that it's working.

“Jacques is a great guy. He's always up for a laugh but he when he's serious he's serious. He brings a bit of toughness into the team. He talks straight, he uses harsh words sometimes and that picks up the boys a few times.

“He knows his defence. He knows rugby and it's good to have him in the side.”