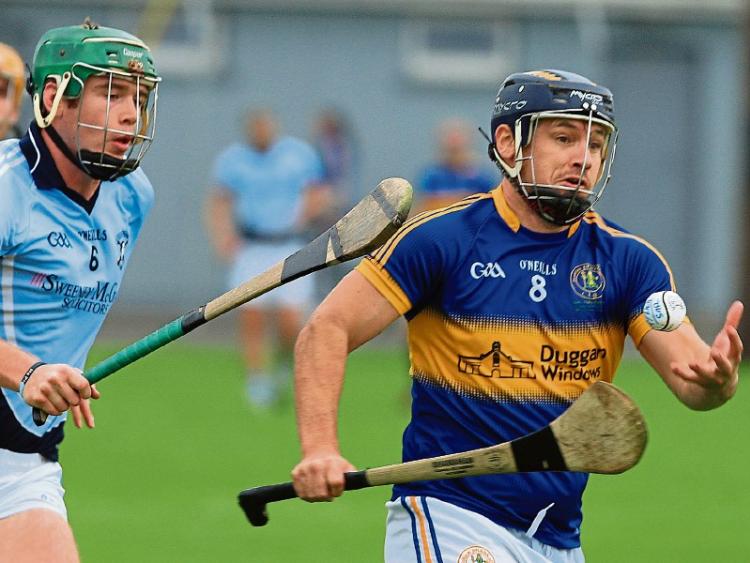 And, what a round of action lies ahead with reigning Limerick, Munster and All Ireland club champions Na Piarsaigh fighting for their lives.

Adding to the intrigue, the fate of the Caherdavin outfit lies elsewhere.

Na Piarsaigh play on Friday night and will look to continue on their title defence when they play South Liberties, but then all attention will switch to Sunday evening and the meeting of Ballybrown and Doon. Regardless of the Na Piarsaigh result, a win for Ballybrown will eliminate Shane O’Neill’s side.

Ahead of the six games on Friday, Saturday and Sunday, Adare and Doon top their respective groups with the only 100% records of the championship. Ballybrown and Kilmallock are also unbeaten but did draw when they met in the last round at the end of May.

After this weekend, the next round of Limerick SHC action will be the weekend after Limerick play Tipperary in the All Ireland MHC final on September 4.

Na Piarsaigh are battling to keep hold of their three championship trophies and simply must win here against a Ballyneety side without a win in three outings.

But the Caherdavin side will be without the injured Kevin Downes. Doubts also surround David Breen, while James O’Brien and Kieran Breen only returned in last weekend’s ACHL final win over Patrickswell. Mike Casey was in the US for the Summer and another doubt.

Liberties had Barry Nash in the US also.

These sides are also due to meet in the south SHC final in the coming weeks.

But in county championships terms it hasn't been an easy return to the top flight for Bruree, while Kilmallock’s new management will hope to continue their fine early season form.

Jake Mulcahy and Robbie Hanley departed to US over the Summer. Likewise Bruree had Kieran O’Dea stateside.

Sunday August 21 in Kilmallock at 6.45pm

The only tie between unbeaten sides and a game that will capture the imagination.

The first puzzle will be the shape of both line-ups with key Doon trio Darragh O’Donovan, Pat Ryan and Richie English in the US since the last round. For Ballybrown the quest is to reproduce the form of April and May.

Saturday August 20 in Kilmallock at 6.45pm

A top versus bottom tie and one where a win for Adare can confirm their progress directly to the semi finals.

Knockainey have produced some nice passages of play in all three games but consistency has avoided them and only have a draw to their credit and now chase points to avoid an immediate drop out of the senior ranks.

Saturday August 20 in the Gaelic Grounds at 6.45pm

In this battle of old-age rivals, the winner will book a quarter final spot, while the loser will still have much to play for in the final round of the group games.

Patrickswell had Kevin O’Brien back from the US last weekend in their ACHL final loss to Na Piarsaigh but not Diarmaid Byrnes or Cian Lynch. Likewise Morrissey brothers Tom and Dan were also among the list of US sanctions this Summer.

Sunday August 21 in Caherconlish at 1.00

Relegation occupies the minds of this duo with the losing side in this game under big pressure to stay in the senior ranks – especially if Murroe-Boher fail to find a win.

Both have suffered with injuries but the break offered both a chance to regroup.