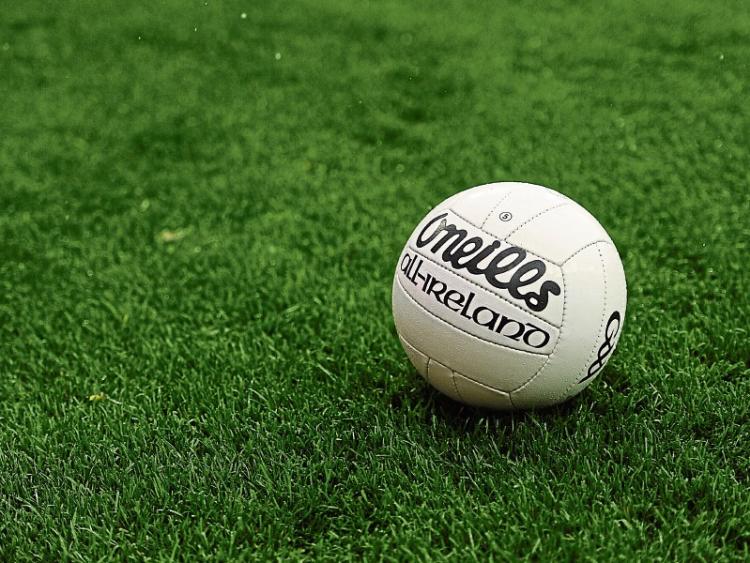 The Limerick senior and intermediate club football championships are set to resume next week after a three-month layoff.

Two rounds of games were played in April between the end of the intercounty league and start of the championship but with Limerick now out off all main competitions, the focus is set to return to the club scene.

There are games pencilled in for next Thursday, July 28, with further fixtures on Friday, Saturday and Sunday. The bulk of the games are on Thursday and Friday with five scheduled for each night while there is one senior game on Saturday and Sunday.

There is then another break before the next round of games on the weekend of August 28 with the final round of group games a week later on September 3.

The quarter-finals of both championships are down for September 17 with the semi-finals on September 24. The intermediate final is fixed for Saturday, October 8, with the senior final on Sunday, October 16.

All games are at 7.15pm unless stated otherwise.

- See below for how the teams stand in the Limerick SFC and IFC after two rounds of games. League tables are courtesy of the Milford GAA website. 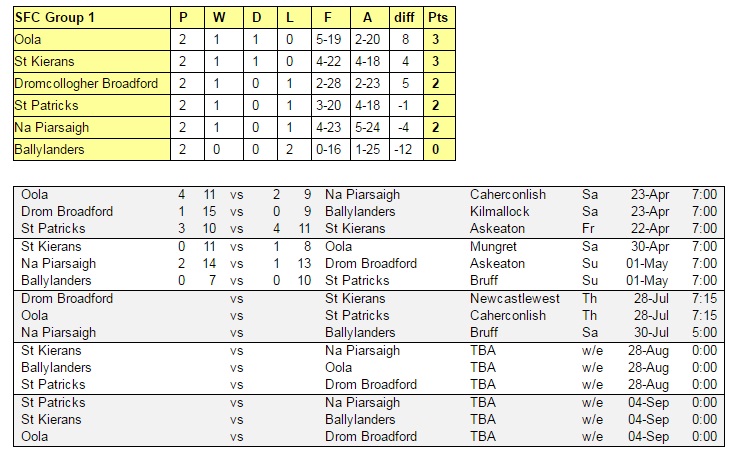 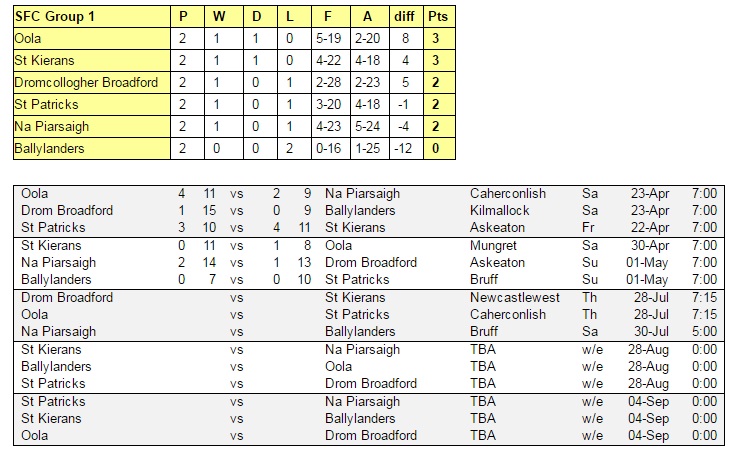 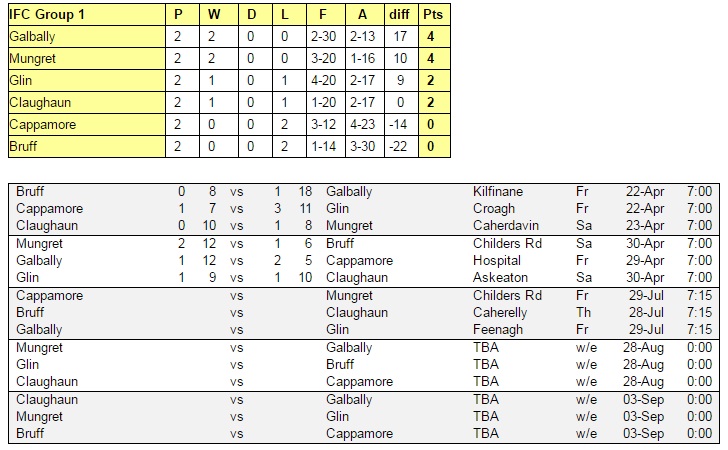 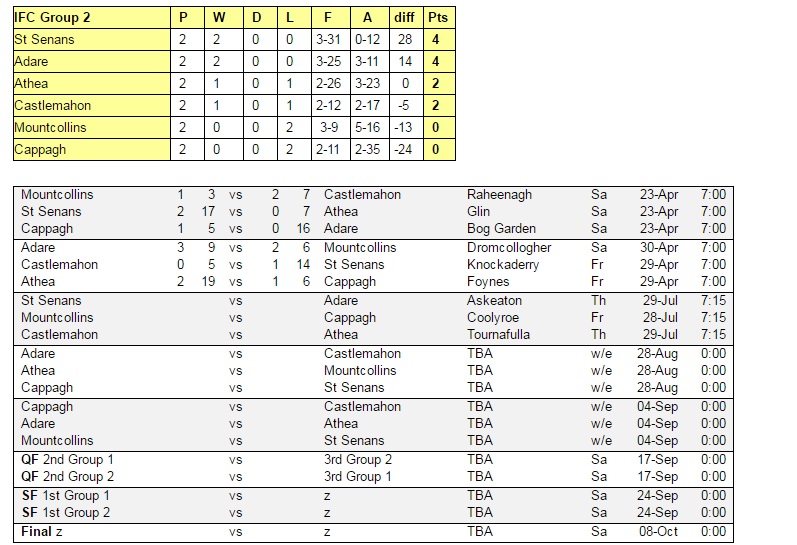