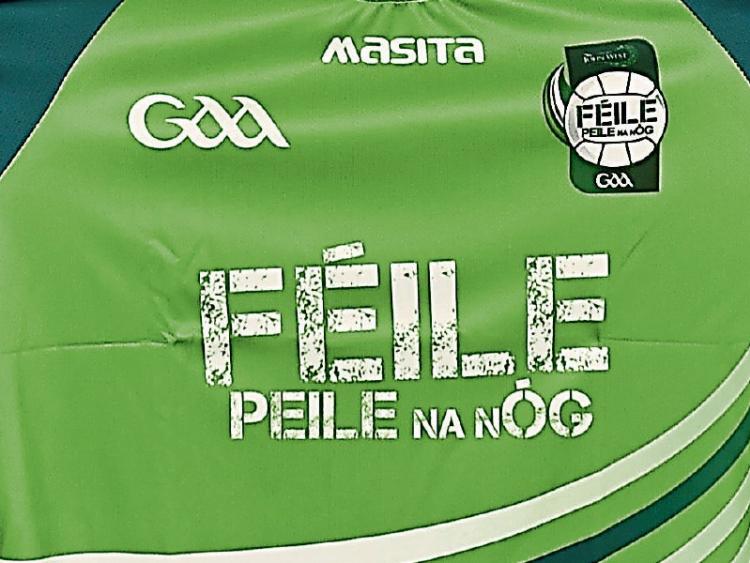 The 2016 U-14 club football tournament is being hosted by Kerry, with a little help from Limerick and Cork.

Across Limerick 11 boys teams and eight ladies football teams will be host clubs to teams from across Ireland. Indeed Fr Caseys will host a club from London, while Athea will host Warwickshire.

Group games will take place on Friday and Saturday with semi finals and finals on Sunday.

Between 10am and 12noon on Saturday all host clubs will have games in their local club grounds.

Galbally also play in the competition as the Limerick representatives and their host club will be Fossa.

”This year there will be 250 clubs participating in Feile. This is made up of 125 host clubs along with 125 visiting clubs. This is further broken down as 80 host boys clubs and 45 host girls clubs, mainly from Ireland but also 12 clubs from America, the UK and one from France for the first time ever,” explained Limerick’s Games Development Manager Noel Hartigan, who is on the organising committee for Europe’s single biggest youth sporting event in 2016 with in excess of 6000 U-14s participating.

Former Limerick GAA treasurer Owen Hayes is currently a member of the national Feile committee, while Limerick Bord na nOg officers have also been heavily involved in the local co-ordination of the Feile Peil weekend.

As well as the on-field activity, there will be a Feile Peil parade in Newcastle West on Saturday evening at 7.00 with all Limerick teams and their host clubs taking part. Instead of one large central parade, there are nine regional parades this year with Newcastle West as the Limerick centre.

The parade will start from the Newcastle West GAA grounds and make its way into the town square and around a town route.

Over the weekend in the host regions of Kerry, Limerick and Cork there will be in excess of 630 games.

Mick Neville Park will play host to a number of semi finals and finals on Sunday.

While the games and visiting teams arrive this Friday afternoon the planning commenced months ago for the 20 Limerick teams and clubs involved.

Both the Feile na nGael and Feile Peil na nOg are sponsored this season by John West.