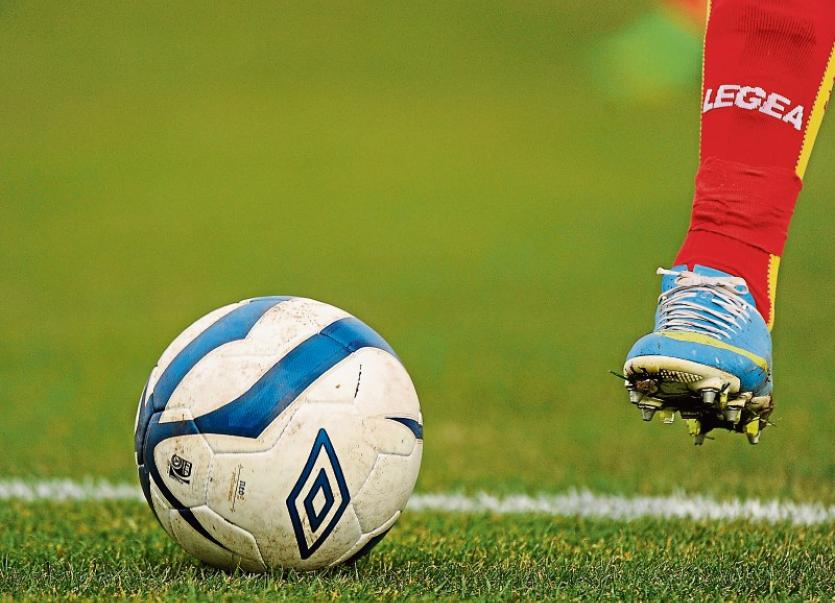 THE Limerick and District Schoolboy League (LDSL) ended a tough week at the Kennedy Cup in UL with an impressive 3-0 Trophy final win over the Dundalk League.

Friday morning’s victory saw the LDSL claim the honours for the teams that finished in bottom place in their group. But their bad start to the tournament meant a disappointing 25th place finish in the 32-team U-14 interleague competition.

A slow start to the competition which saw the LDSL lose their opening two group fixtures against the Clare and Midlands Leagues cost the Limerick side dear.

The LDSL finished bottom of Group 2 and into the battle for a 25th to 32nd place finish, despite taking a point from group winners the Limerick Desmond League in their final group game.

The LDSL were always in control of their Trophy final fixture with the Dundalk League on Friday. Aisling Annacotty’s Darragh Costelloe put the Limerick side in front with a terrific finish in the 20th minute, following good build up play by Keith Fitzgerald and Dean McNamara.

McNamara bagged the LDSl’s second goal shortyl before half time with a quick turn and smart finish with the ball flying in off the upright.

The home side wrapped up the win nine minutes into the second half when Pike Rovers’ Ethan O’Sullivan converted from the penalty spot.

District might well have added to their tally as the second half wore on, but were denied by some fine saves by the Dundalk ‘keeper Niall Brady.