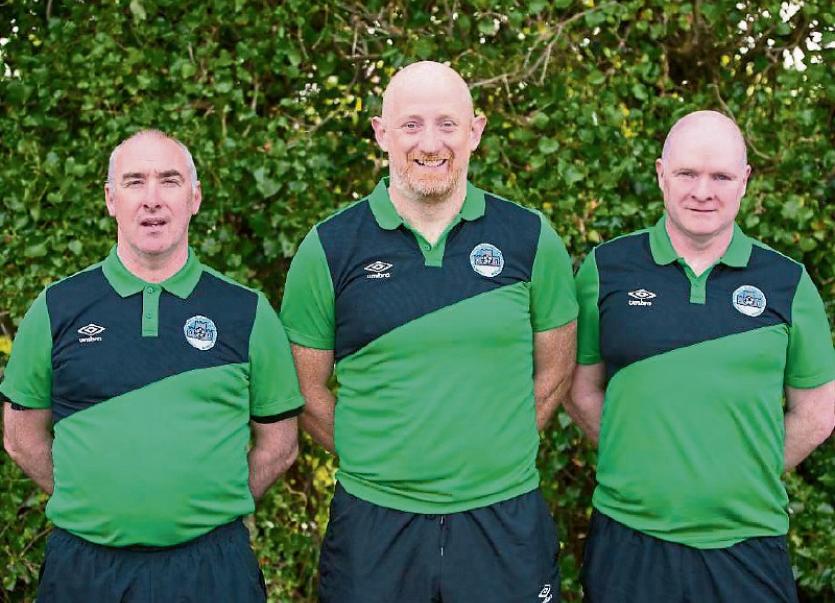 THE Limerick Desmond Schoolboy League boosted their hopes of progressing to the quarter-finals of this year’s Kennedy Cup at UL this Tuesday after securing a second group win.

A fifth minute goal from AK United’s Joey Rushe, who headed home from a corner, helped the Desmond side secure a hard-earned 1-0 victory over the Clare League.

That victory, coupled with their opening day win over the Midlands League has seen the Desmond League take top spot in Group 2.

A win or a draw in their final group fixture with local rivals, the Limerick District Schoolboy League, this Tuesday at 4pm, will see the Desmond side advance to the quarter-finals of the prestigious U-14 inter-league competition.

The Limerick District League’s hopes of progressing to the Cup quarter-finals ended with their 3-0 defeat to the Midlands League also on Tuesday.

After a scoreless opening half, the Midland League took the lead on 36 minutes through David Samuel. Samuel added a second mid-way through the half, while Israel Kimazo notched the third late on.

The Limerick District will be looking to pick up their first points against the Desmond League having suffered a 2-0 defeat to Clare on Monday.

The Limerick County side had their hopes of making the Cup quarter-finals ended with a 3-0 defeat to the Wexford League on Tuesday afternoon. The County side had lost to North Tipp on Monday night.