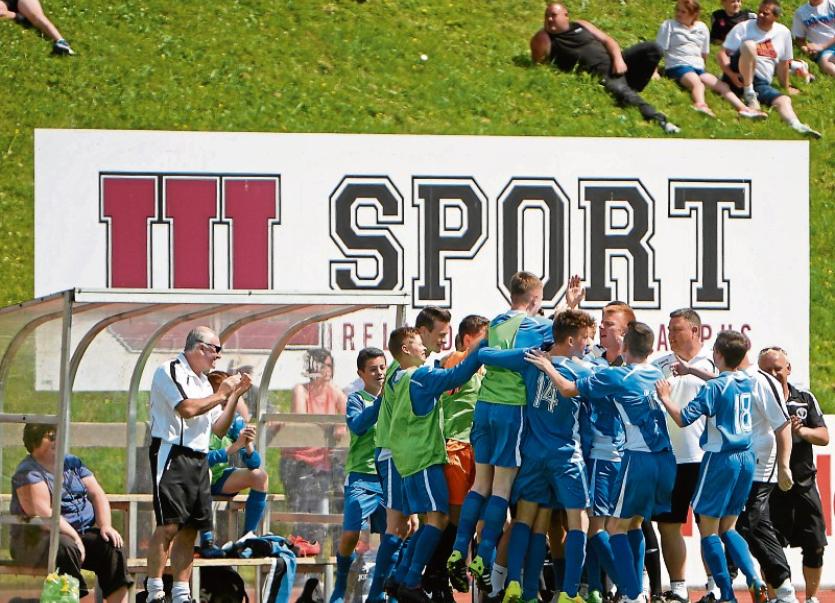 THE Desmond Schoolboy League recorded the only Limerick win in the opening round of group matches at this year’s Kennedy Cup at UL on Monday.

Following the Desmond League’s 2-1 victory over the Midlands League and the Limerick District’s 2-0 defeat to the Clare League on Monday afternoon, the Limerick County began their Kennedy Cup campaign against North Tipperary in Group 6 this evening.

After an evenly-contested opening 25 minutes where the Limerick County side created a couple of excellent scoring opportunities, North Tipp took the lead on 28 minutes through Dylan Cody.

North Tipp retained that 1-0 advantage until half-time. When BT Harps player Cody doubled the Tipp side’s lead 10 minutes into the second half, the Limerick side’s resistance was broken.

Cody added two more goals in the final quarter, while substitute Cian Galvin netted a fifth late on as Limerick County fell to a 5-0 defeat in wet, misty conditions.

Limerick County can still make the quarter-finals of the Kennedy Cup, but they must win their final two Group games, tomorrow, Tuesday, against Wexford at 12.30pm and West Cork at 6pm to harbour any ambitions of progressing to the knock-out stages.