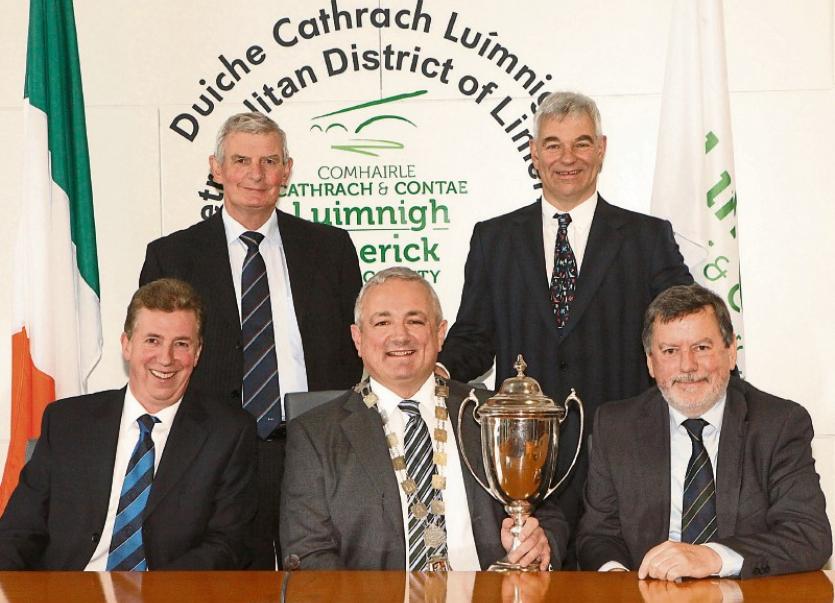 THE 32 Schoolboy Leagues affiliated to the SFAI will compete in the prestigious Kennedy Cup U-14 competition at the University of Limerick starting this Monday.

A whopping 96 games will be played over five days as the cream of U-14 soccer talent in this country showcase their skills.

The opening series of group fixtures kick off on Monday at 2.30pm, with the feast of football continuing right through until the final of the Kennedy Cup takes place at the UL Bowl on Friday, June 17 at 2pm.

Once again, Limerick’s three schoolboy soccer leagues will be participating in the Kennedy Cup.

Group 2 also includes the Clare League and the Midlands League.

The District League face the Clare League in their opening fixture at 2.30pm on Monday, while at the same time, the Desmond League take on the Midlands league.

The two Limerick sides face-off in the final series of group games at 4pm on Tuesday, when both will be hoping that qualification for the quarter-finals of the Kennedy Cup will be the prize at stake.

The Limerick District’s last success in the Kennedy Cup was in 2000 when their squad included current Ireland rugby hooker, Sean Cronin.

The winners of Group 2 are likely to face pre-competition favourites, the Dublin and District Schoolboy League in the quarter-finals and the Cup’s dominant force will be fancied to top Group 7.

The Desmond League will be hoping to build on the league’s excellent showing in 2015 which saw the side reach the last four before losing out 11-10 to Cup winners the Kerry League after a nail-biting penalty shoot-out.

The Limerick District Schoolboy League (LDSL) side claimed a 13th place finish 12 months ago when edging North Tipperary 5-4 on penalties in their play-off clash.

The Limerick County league is placed Group 5 this time around along with the North Tipp, West Cork and Wexford Leagues.

The Limerick County side open their Kennedy Cup campaign against the North Tipp League on Monday night at 7.30pm.

Under head coach, Shane Ryan, of Cappamore Celtic, the Limerick County side is sure to be well prepared for the exertions of next week’s Kennedy Cup.

The squad is drawn from no fewer than nine different clubs.

The Limerick Desmond squad is under the expert guidance of coaches Aodhagan Behan and Robert Sheehan and manager Damien Neville.

Manager Damien Neville said: “These players have given so much time and effort to get to where they are today, that players twice their age would never keep at it. These lads have developed so much.”

Limerick District Schoolboy League manager is Donough McGrath and he is assisted by Declan Earls and Sean Moloney, both Corbally Utd, Joe O’Brien, of Newport, and Jim McNamara, of Granville, while Declan Considine, an FAI RDO, has also offered his assistance.

The side is captained by Jake Dillon, of Aisling Annacotty.

Donough McGrath said: “The Kennedy Cup is months and months of preparation.

“We started back in late January or early February and have been going three days a week since on top of normal match fixtures and training the lads would have with their clubs.

“It is a fairly big investment in time on their behalf.

“We are in it to win it, but there is an added pressure on us in that we need a fairly high finishing position to retain our top seeding next season.

“You want to do the best you can for the teams that are following in the years to come, that their seeding will be maintained in the top spot.

“There are two local derbies in our group witht the Desmond League and the Clare Leagues.

“There will be lots of twists and turns during the course of those games. Hopefully, our preparation will see us through.

“The margins between the teams has reduced significantly. All teams are very well prepared.

“You are coming up against one of the strongest Clare sides in recent years and a Desmond side will exceptional pedigree.

“The Midlands will be strong too.”