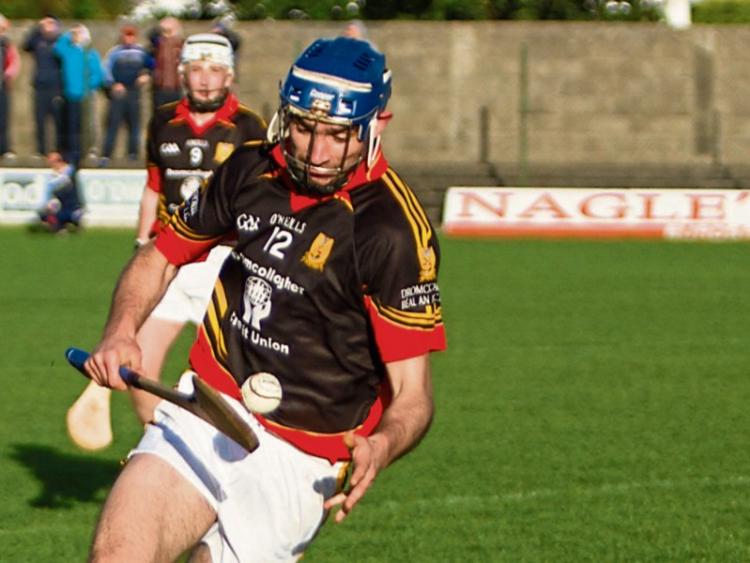 DROMCOLLOGHER-BROADFORD have confirmed they have lodged an appeal against the result of last weekend’s Limerick IHC game with Dromin-Athlacca.

The two sides were victorious in round one of the Nick Grene Sportsground sponsored championship and met last Friday, May 13, in Feenagh. The game was a clash between newly promoted 2015 Limerick junior A hurling champions Drom-Broadford and a Dromin-Athlacca side relegated from the Premier IHC ranks last Autumn.

Drom-Broadford chairman Denis O’Carroll confirmed to LeaderSport that an appeal against the result was submitted over the weekend.

“A genuine mistake was made and all we want is the result amended correctly,” said O’Carroll.

An Eoin O’Leary goal left the score at half-time Dromin-Athlacca 1-7 to Dromcollogher-Broadford 0-8.

Twelve minutes into the second half a Ray Lynch goal put Drom-Broadford ahead and when substitute Micheal Brosnan pointed in the game’s 47th minute it was thought the score was 1-15 to 1-11 in favour of Drom-Broadford, who include former Limerick, Ahane and Dromin-Athlacca hurler Clem Smith in their management, along with Limerick senior football manager John Brudair.

However, at this point the referee, despite protests from Drom-Broadford players and officials, asked that the scoreboard in Feenagh be changed to read 1-14 to 1-11.

The game continued and David Reidy was to get the last score, which the referee deemed the winner for the Pat Heffernan managed Dromin-Athlacca and Drom-Broadford claim was the equaliser.

Drom-Broadford have now made their appeal against the result to Limerick GAA’s Competitions Control Committee (CCC).

The west Limerick club’s options will also include appealing to the Limerick Hearings Committee, to Munster Council level or even the Disputes Resolution Authority (DRA).

Back in October 2014 was Limerick’s last high-profile score mix-up. That was in the county JAHC final between Na Piarsaigh and Feohanagh in the Gaelic Grounds.

On that occasion as Na Piarsaigh celebrated, Limerick GAA chairman Oliver Mann took to the microphone to announce that “on count back” the final had actually finished level, Na Piarsaigh 0-15 Feohanagh 2-9.

At the final whistle the scoreboard had read Na Piarsaigh 0-16 Feohanagh 2-9.

Referee Paddy Lyons of Staker Wallace, had confirmed that the scoreboard was correct but in the dressing room he corrected his position to clarify a replay was necessary – midway through the second half the Na Piarsaigh score on the scoreboard moved incorrectly from 0-10 to 0-12.