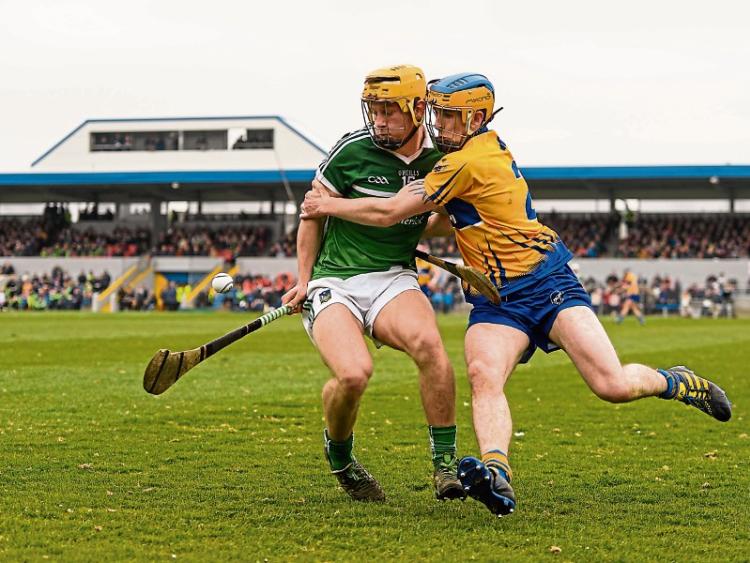 JOHNNY Logan may have won the 1980 Eurovision Song Contest but after six seasons of Allianz Hurling League heartbreak even his ‘What's Another Year’ offers little solace to Limerick hurling fans.

Sunday in Ennis offered the latest opportunity to climb back among the elite of league hurling but it wasn’t to be for TJ Ryan’s team after another below par performance in a game of importance. And there was plenty to talk about afterward.

Much Limerick frustration was vented at referee Fergal Horgan at half time and at full time.

Certainly question marks surround the decisive goal after 37 seconds with John Conlon’s steps into double figures as he barged goalwards.

In that very incident and throughout the game there also appeared to be much unnecessary confusion surrounding the referee signals when playing advantage.

Then there is the red card for Barry Nash. To be fair the second offence appears correct but perhaps the first yellow card was harsh. But over the 70 minutes both Tom Condon and John Fitzgibbon were lucky not to also pick up second yellow cards.

TJ Ryan confirmed afterwards that he didn’t ask any of the Na Piarsaigh players to join up with the Limerick panel for this make-or-break game.

That absence of the eight strong contingent from the newly crowned All Ireland club champions appears to have raised eyebrows but to be fair they made history just 72 hours ago.

Expecting any of the Na Piarsaigh players to deny themselves time to celebrate such an historic win in Croke Park may have strengthened options but could they be ready for inter-county fare mentally or physically?

Na Piarsaigh have more than done their bit for Limerick hurling this week and it’s the bizarre fixture more than anything that stopped their presence in Ennis.

Admittedly Limerick were forced onto the back foot by the early Clare goal but throughout this contest the hurling from the men in green was anything but crisp.

Both teams were similar to be fair but time and time again possession was fumbled or deliveries mis-hit. With the on-set of the bright evenings coach Dinny Cahill, manager TJ Ryan and the remainder of the backroom have much work to do ahead of championship on June 19 against Tipperary or Cork.

Limerick have used 28 players in the five games of this league.

But places remain very much up for grabs. With the greatest of respect to Wexford, Offaly, Laois and Kerry, Limerick have scored 10-90 in four wins and this Clare derby was the first real big test of 2016.

In that regard few have nailed down starting roles for championship. Regulars Paul Browne and Declan Hannon have been to the forefront in the league, while Diarmaid Byrnes has settled into senior hurling.

With eight Na Piarsaigh players to return, all is to play for over the next three months and the knockout stages of the league.

Limerick have now finished second in the last five seasons in Division 1B.

In each of the last four years it has been the relegated team from the previous season that won immediate promotion back to the top flight – Clare, Waterford, Cork and Dublin.

Already 2017 looks to between Limerick and either Cork or Galway.