Bleyendaal set for Munster return in a month 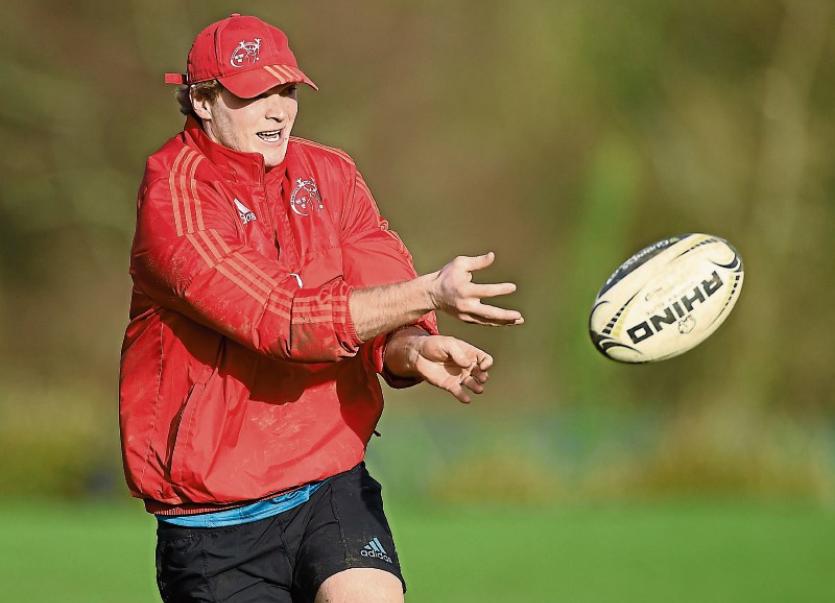 MUNSTER head coach Anthony Foley said he hopes out-half Tyler Bleyendaal would be available to make his comeback from a troublesome quad tendon injury in a month's time.

Munster announced in January that Bleyendaal would be sidelined for 12 weeks as they sought to finally cure the 25-year-old Kiwi import’s troublesome quad issue.

Head coach Anthony Foley said: (Tyler Bleyendaal's) he’s training the whole time to build up the strength in his leg. Hopefully, in a month’s time, he'll be back.”

Munster moved up to fifth place in the Pro12 table, four points off the play-off places after scoring a hard-earned 26-5 bonus point victory over Dragons at Thomond Park on Saturday night.

While Munster face into a free weekend, the province return to Pro12 action when playing their game in hand against the Cardiff Blued at the Arms Park on Friday, March 18.

Foley said: “We’re looking forward to having a week without a game and refocus and recharge some of the bodies.

“We’ve had Ospreys and Glasgow, Glasgow was off a five day turnaround then we had a long trip to Italy so next week we’ll recharge the boys and make sure we’re properly prepared for Cardiff.”