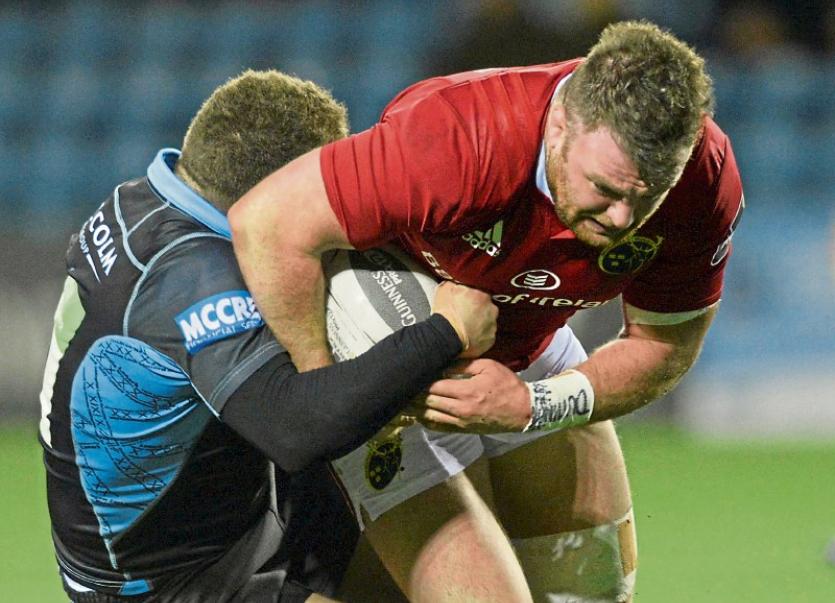 MUNSTER prop Dave Kilcoyne admitted it would be ‘unimaginable or unthinkable’ for the province not to qualify for next season’s European Champions Cup.

As the seven qualifiers must include at least one club from each of Ireland, Italy, Scotland and Wales, Munster’s current position of seventh would not secure a place in the Cup next season.

Munster are also eight points off the Guinness Pro12 top four places. Anthony Foley’s men face a difficult trip to Italy this Sunday where they will take on a Treviso side which has won their last two fixtures in the competition (2pm Irish time)

Dave Kilcoyne, who bagged two tries in Munster’s Pro12 defeat to Ospreys on Friday last, said: "It would be the unimaginable or unthinkable, worst case scenario for us (not to make Champions Cup). I have never been involved in a Munster team that hasn't been involved in Europe.

"We have to come out now fighting. We have a big end to the season. These are must-win games for us. I think everyone knows that and we just have to get on a real winning streak.

I look at the (Pro12) table. I try not to look too far ahead obviously. If you look at the Ospreys and Glasgow matches, one try at the end of both games we would have picked up 10 points and be up the table further than where we are. That is a really fine margin we are dealing with, unfortunately.

"That is down to us not closing out games the way we should and ultimately the book stops with us."

Kilcoyne said he hoped to continue putting his best foot forward in a bid to force his way into the Ireland squad.

"I was bitterly disappointed not to go to the World Cup. I have come back and I have tried to give as big a reaction as I can. Two tries at the weekend, I am just going to keep putting my best foot forward.

"(Ireland coach Joe Schmidt) Joe gave me something very specific and tangible to work on. I have done that. It is something measurable, so I am here if he comes calling.”